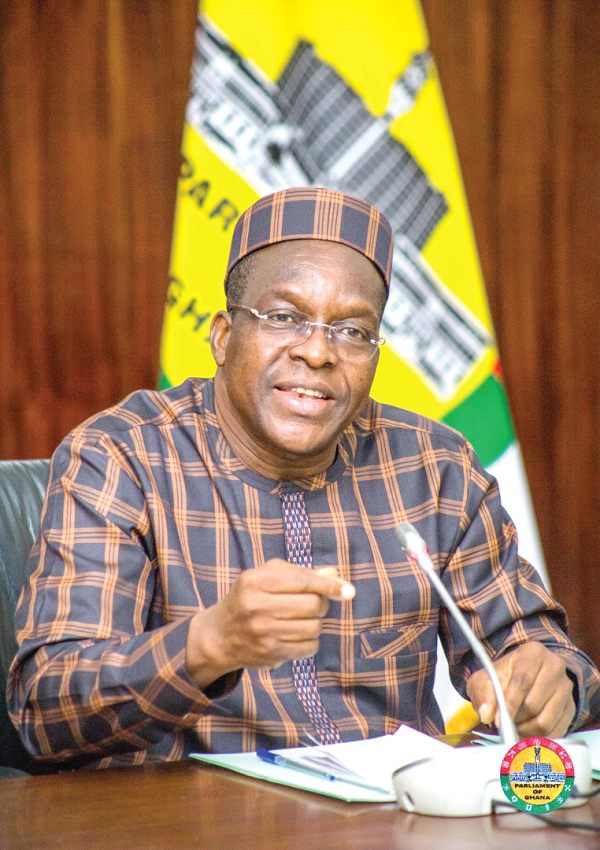 The Speaker of Parliament, Mr Alban Sumana Kingsford Bagbin, has said the recent attempts by the police to arrest the Member of Parliament (MP) for Madina, Mr Francis-Xavier Sosu, was done in a manner that offends the letter and spirit of the Constitution.

Besides, he said, the police showed disrespect to him.

Giving a chronology of events, the statement said while the initial attempt to arrest the MP was referred to the Committee of Privileges on October 27, 2021, the police service wrote to the Speaker to release the MP to report to the Police Headquarters to assist in investigations on Thursday, October 28, 2021, at 10 a.m.

In response, the Speaker caused a response to be written to the Police Service to the effect that the House was sitting and that an MP could not be released to assist in investigations when the member was attending proceedings or performing any duty of MP.

According to the statement, in spite of the Speaker’s response to the police and the pendency of a contempt complaint by the MP as well as the referral to the Committee of Privileges by the Speaker, the police service decided to proceed with their decision to attempt to arrest him.

“This is a clear violation of the provisions of the 1992 Constitution and gross disrespect to the Rt. Hon. Speaker and Parliament,” the statement said.

The statement also described as disingenuous and a blatant affront to Parliament, how the police service ignored the letter he sent to them .

“The Police Service, instead of engaging the Rt. Hon. Speaker and the leadership of the House, surreptitiously attempted to arrest the Member of Parliament on Sunday, November 1, 2021 in church, where he fellowships.

“The Rt. Hon. Speaker acknowledges that Members of Parliament are not above the law.

The issue is not that a Member of Parliament cannot be investigated or arrested.

The issue is the procedure to follow to investigate or arrest a Member of Parliament,” it stated.

While indicating that the immunities and privileges of MPs were not absolute, the statement said the procedure for causing the arrest of a sitting MP or serving a court process must be in accordance with the Constitution.

“The appropriate procedure is to secure from the Speaker a certificate that the member in question is not attending to parliamentary business.

Anything short of this should not be entertained by the House,” the statement cautioned

The statement further stated that Mr Sosu, in an attempt to lawfully discharge his mandate as an MP, led his constituents to exercise their freedom of assembly to demonstrate against the state of roads in the Madina Constituency.

It indicated that from the facts provided by Mr Sosu, he complied with all the provisions of the Public Order Act, 1994 (Act 491) and engaged the police service till the event took place.

“It must be made known that the police service proposed the new date for the demonstration after disagreeing with the initial date proposed by the Constituents.

The statement pointed out that the MP who was undertaking a lawful duty, felt he had been distracted from the discharge of his functions, and in compliance with Article 122 of the Constitution, legitimately claimed the abuse of privilege.

The statement recounted the several occasions MPs from both sides of the House had been investigated, arraigned and tried since 1993, saying that “some members are presently before various courts of law and investigative bodies.”

“Let it not be suggested per these happenings that MPs and Parliament are not subject to the law.