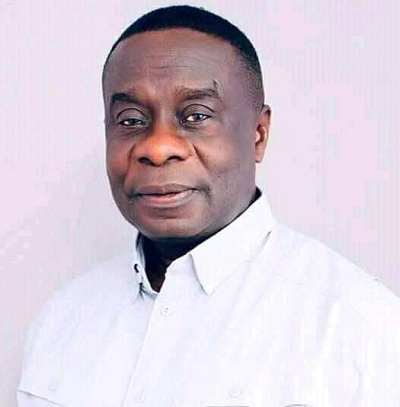 Residents of the Assin North Constituency whose Member of Parliament (MP) has been removed by the Cape Coast High Court say they are ready to go to the polls again.

They observed that having an MP was essential for the development of the constituency, hence their readiness to vote in a fresh parliamentary election, as ordered by the court.

Many of those who interacted with the Daily Graphic asked the Electoral Commission (EC) to expedite action and fix a date for the election.

That was after the court, presided over by Justice Kwasi Boakye, had upheld a petition challenging the election of the MP on the grounds that he had filed his nomination to contest as a parliamentary candidate when he was still a Canadian citizen.

Generally, views gathered from residents on the ruling varied, but all were ready to go with the court's decision for a re-run of the parliamentary election.

While some residents expressed worry about the ruling, they said they were ready to abide by the court ruling and go through a fresh election.

A trader at Assin Bereku near Assin Fosu, Ms Beatrice Boadu, said she was disheartened at the ruling but expressed her readiness to vote in a fresh election to elect an MP to accelerate development in the area.

She said the absence of an MP would be detrimental to development in the area and urged the EC to expedite action to ensure that an election was promptly held.

A yam seller in the same community, Ms Yaa Asamoah, also said she was waiting to vote for anyone who was committed to development in the area.

"We are worried about the absence of an MP. It's not about who wins; our aim is to get an MP who has the development of the constituency at heart," she said.

Others also called on the two parties to bring proven candidates to forestall such an occurrence.

The Tufuhene of the Assin Bereku Traditional Area, Nana Frimpong Baah, said the people were ready to go to the polls again.

"We don't have any problem with voting again. We will select the person we want as MP again,” he said.

He, however, called on the government to tighten security in the area as the constituency prepared for a fresh election.

The Tufuhene also called for calm and peace from members of the two major political parties in the run-up to any election.

Meanwhile, consultations and meetings have begun in earnest among all levels of the political structure of the two main parties, the New Patriotic Party (NPP) and the NDC, as they prepare for a fresh election in Assin North.

Although the NDC is hopeful it can appeal against the ruling by the Cape Coast High Court which is calling for a fresh election in the constituency, the party will not leave the possibility of a fresh election to chance.

The Assin North Constituency Chairman of the NDC, Mr Felix Benefo, in an interview, said the branch was extremely troubled by the ruling of the Cape Coast High Court, saying they would use all legal channels available to overturn the ruling.

If that failed, he said, the party would marshall all efforts to win the seat.

"The people want the NDC. They rejected Abena Durowaa in 2020 and will do so again," he said.

Mr Benefo said the executive members had held an emergency meeting with branch executives and zonal coordinators to examine all possible scenarios and strategise for the way forward.

"We are sad about the ruling. We think it's unfair, but we, together with the leadership of the party, will look at our options and strategise for the next possible action," he said.

Mr Benefo indicated that whether Mr Quayson contested or not, the NDC was certain to win the seat.

The Assin Akyiano Women's Organiser of the NDC, Ms Esi Nuako, said many constituents, both NDC and NPP, were angered by the court ruling and had vowed to give the seat to the NDC, saying the NDC would win by a landslide.

The Central Regional Secretary of the NPP, Mr Richard Takyi-Mensah, said the constituency, regional and national executive members would ensure extensive consultation to determine who would contest the seat in the name of the party.

He debunked claims by the NDC that the seat was an NDC seat.

Mr Takyi-Mensah said the NPP was waiting for the EC to officially open nominations, after Parliament had declared the seat vacant, to move into action.

In the meantime, he said, there were engagements behind the scenes to ensure the party had a winnable candidate for the constituency.

The seat was firmly held by Mr Kennedy Agyapong from 2000 until Assin Central was carved out of the constituency in 2012, which went to Mr Agyapong.

Since then, the Assin North seat has become a swing seat.

Mr Takyi-Mensah said while the consultations were going on, they would put in place all measures to wrest the seat.

He said the NPP would counter all propaganda with facts to ensure that it won the seat.

He said although the constituency voted for Nana Addo Dankwa Akufo-Addo in the presidential election in December 2020, the NPP’s parliamentary candidate lost due to some local political dynamics.

He said the party was doing its homework thoroughly to ensure it won back the seat.