Asamoah Boateng sues A Plus for defamation 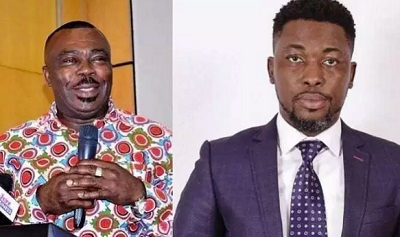 The Chief Executive Officer of the State Enterprise Commission, Mr Stephen Asamoah Boateng, has sued musician and political activist, Kwame Asare Obeng, popularly known as A Plus for defamation.

He is asking the court to, among other reliefs, compel A Plus to render an unqualified apology to him for the said statements and retract same.

Mr Asamoah Boateng, in his statement of claim, said on several occasions, A Plus published on his Facebook page that he (Mr Asamoah Boateng) had taken the law into his own hands to appropriate a piece of property belonging to a certain young man.

This comment, Asa B said, was false and defamatory, for which he has instituted the legal action against the musician.

He is seeking the following: “General damages including aggravated and exemplary damages for defamation contained in the publication on the Defendant's Facebook page from 2nd April 2019 to 24th May 2019.

“A perpetual injunction restraining the defendant, whether by himself, his servants, agents or assigns from repeating similar or other libelous words against Plaintiff.

“A declaration that the words and statements, inter alia, made, uttered and published by the Defendant and contained in paragraphs 14 and 15 herein, are defamatory of his character.

The former Minister of Information stressed that: “The defendant (A Plus) stated and insinuated widely and without any basis whatsoever in the English language that the plaintiff had taken the law into his own hands to appropriate the land of a certain young man.”