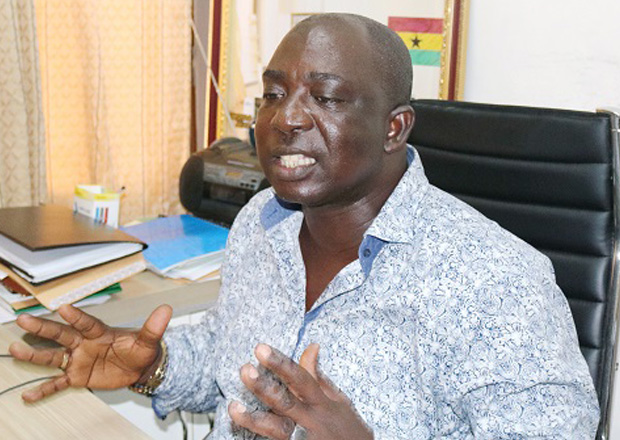 A former Eastern Regional Chairman of the National Democratic Congress (NDC), Mr Bismark Tawiah Boateng, has suggested to the national executive of the party to appoint branch level election directors within the constituencies across the country.

That, he said, would make it possible for easy collation of results at the polling station level.

Additionally, he indicated such a process would also save the party from engaging in legal issues after elections.

Mr Boateng made these suggestions in an interview with the Daily Graphic in Koforidua last Friday.

According to him, an election director if appointed would immediately after a general election collect all pink sheets from polling stations at the branch level and crosscheck to avoid any misunderstanding among the participating political parties in elections.

"The election director at branch level is supposed to collect information particularly pink sheets from the party's polling stations agents within 24 hours after close of polls before the declaration of the results at the constituency collation centres by the Electoral Commission (EC) official.

" If NDC should do this, I do not think we will have a problem about collation of election results at the branch level in the polling stations,” Mr Boateng said.

He explained that when this was done it would prevent the party from being cheated at the 2024 polls, and would propel its victory.

In order not to cast doubt about the 2024 general election results, Mr Boateng suggested to the EC to erect giant billboards with the results displayed on them intermittently on the day of elections.

That, according to him, would enable the public to have first-hand information publicly about the results before the EC makes its official declaration.

As part of efforts to secure victory in the 2024 presidential and parliamentary elections, the former regional chairman stated that the NDC would work very hard to ensure that the electorate would give the party the needed votes to rescue the country from what he described as the hardship brought by the NPP government.