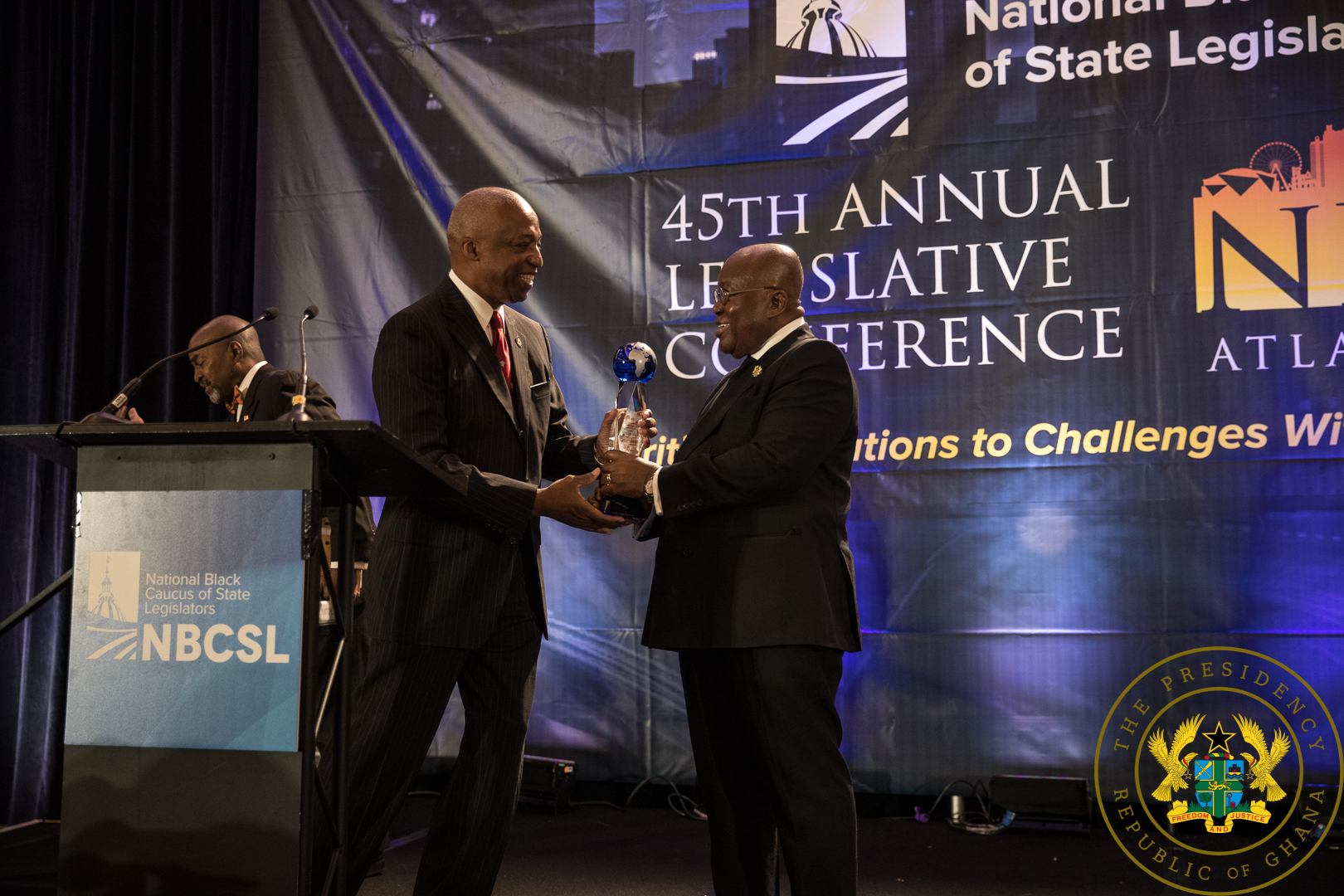 Presenting the award to President Akufo-Addo, the President of the National Black Caucus of State Legislators of the United States Congress, Congressman Billy Mitchell, explained that the “Nation Builders Award” was established “to recognize those African-Americans who have distinguished themselves to live-long service and dedication to enfranchisement and inclusion of Americans of African discent into the national body of politics.”

Speaking at the award ceremony on Wednesday, 1st December 2021, at the 45th Annual National Black Caucus of State Legislators in Atlanta, Georgia, Congressman Billy Mitchell explained the nation build award ceremony was renamed in 1995 to honour the late David P. Richardson, a twenty-three-year member of the Pennsylvania House of Representatives and NBCSL’s third President.

“I must say as the President of NBCSL, it is my belief, that we must unite and partner with our brothers and sisters of the continent and throughout diaspora. It is not lost on me that Ghana is widely regarded as the hub of pan-Africanism and the final resting place of many of our great thinkers, yes, even W.E.B. Du Bois,” he said. 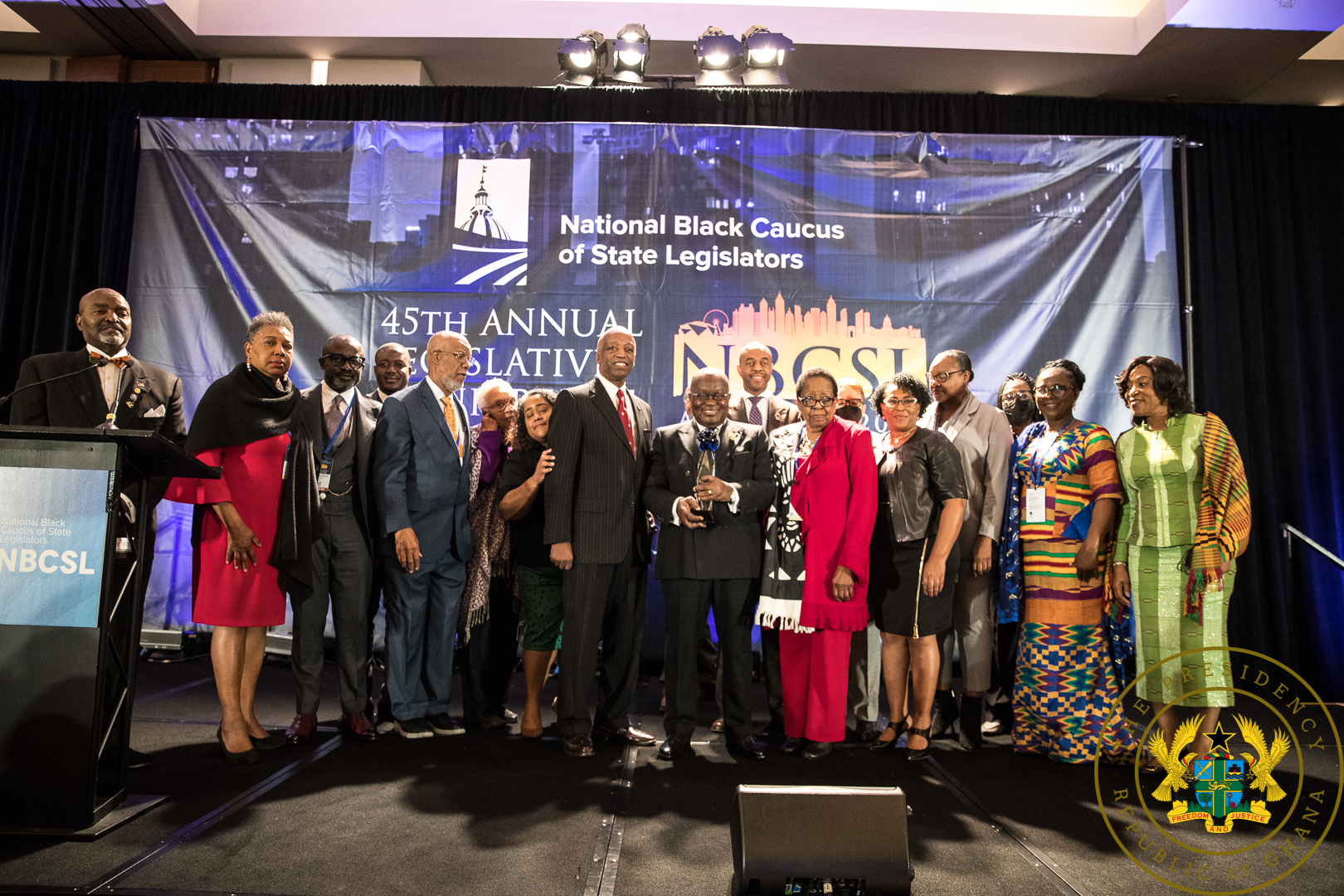 Describe himself as “a student of Kwame Nkrumah”, Congressman Mitchell, I know we are stronger together and when we unite and advance the causes of our people, internationally, we are all better.

“It is for this reason I present to you this award Mr. President, for your commitment to working collaboratively to achieve the liberation of African people despite where we were born. Mr. President, I present to you, the first International Nation Builders Award of the National Black Caucus of State Legislators,” he added. 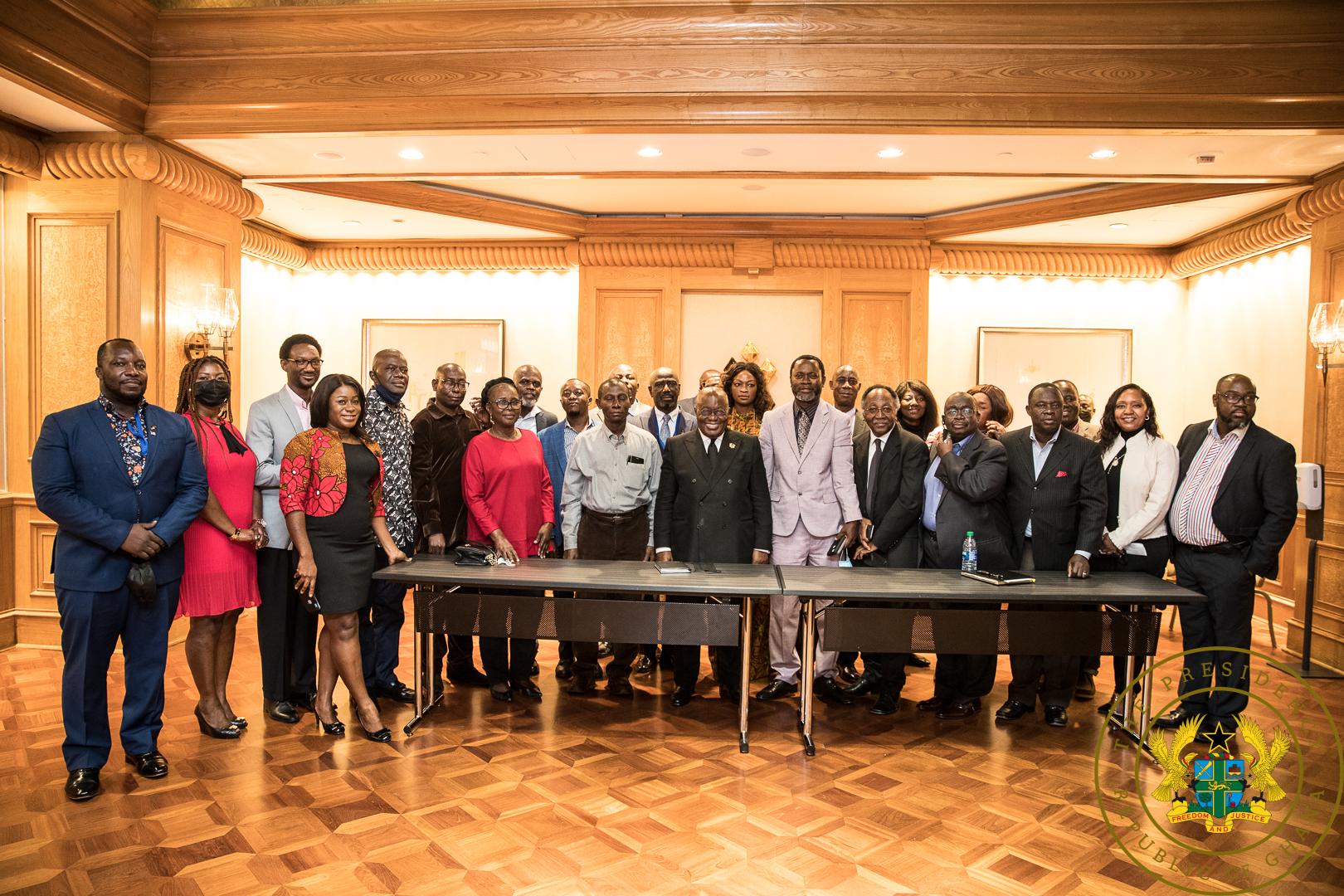 Ghana and the Diaspora

In his remarks, President Akufo-Addo noted that Ghana’s connection with the African Diaspora pre-dates her independence, stating that “currently, we are creating platforms for adoption of legal frameworks in key sectors to drive diaspora engagements. This has culminated in the Homeland Return Bill, on which we are currently working.”

The Homeland Return Bill, he explained, recognises Ghana’s moral and spiritual obligation, as an African nation, to facilitate the return of diaspora Africans to Ghana and the motherland, and to initiate the legal and regulatory processes for integrating them into Ghanaian society.

“When enacted, the Law will provide the much needed regulatory and practical changes to improve the requirements for the acquisition of Ghanaian citizenship and permanent residence by diasporan Africans. Indeed, in the Year of Return, I granted citizenship to one hundred and twenty-six (126) members of the diasporan community in Ghana of African-Americans and Caribbeans,” the President stressed.

He continued, “It will, in fact, be a critical indication for business and investment, presenting an avenue for Africa in the diaspora to work towards partnerships, and establish Ghana as a launchpad to the rest of the continent of Africa through the AfCFTA”.

The President told the gathering that “We, in Ghana, and in Africa as a whole, have a keen interest in how you in the Diaspora fare. If you flourish, it will reflect well on us in Africa. Your success will boost our confidence. If we do well, and the continent flourishes, you will have an easier time of it here.” 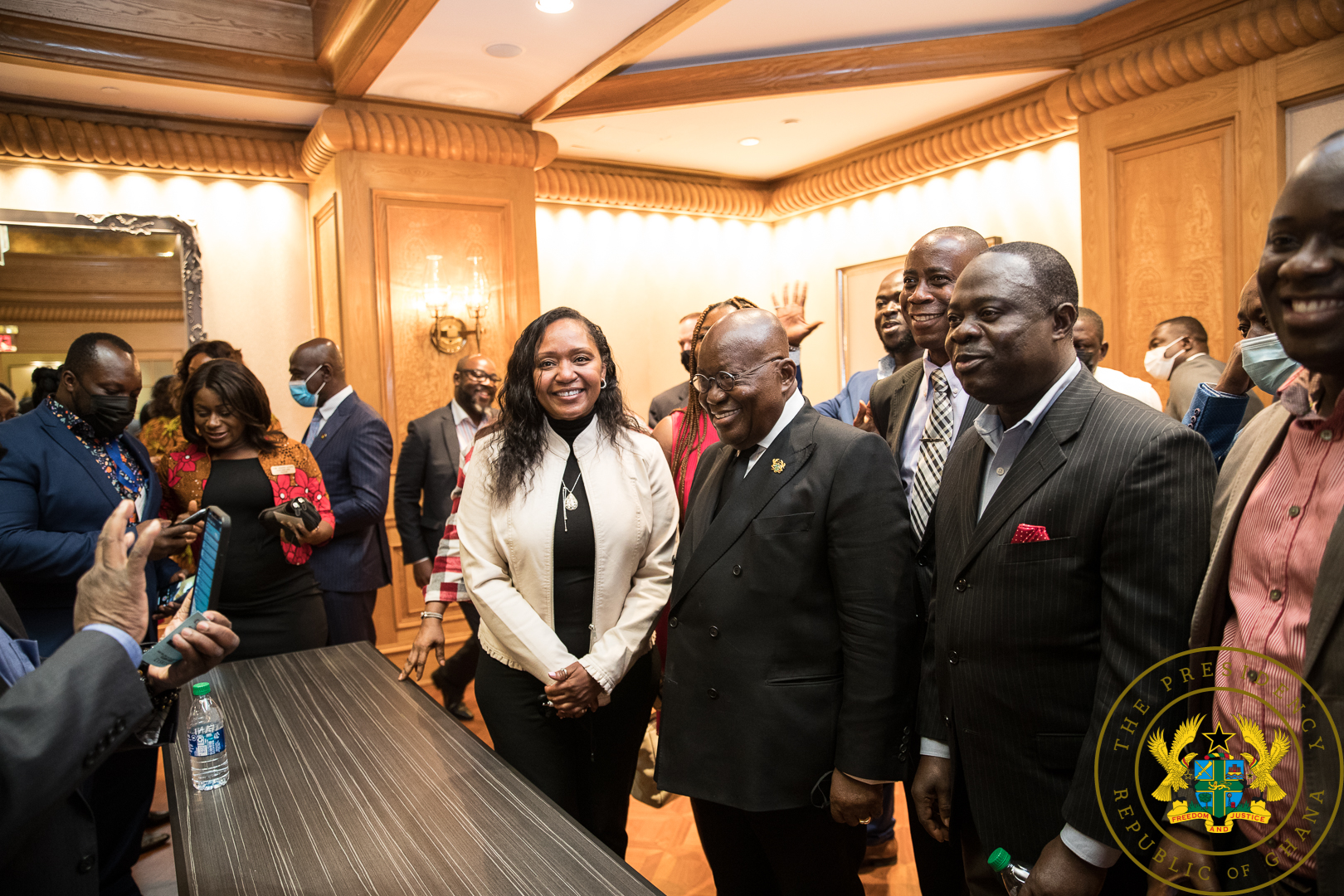 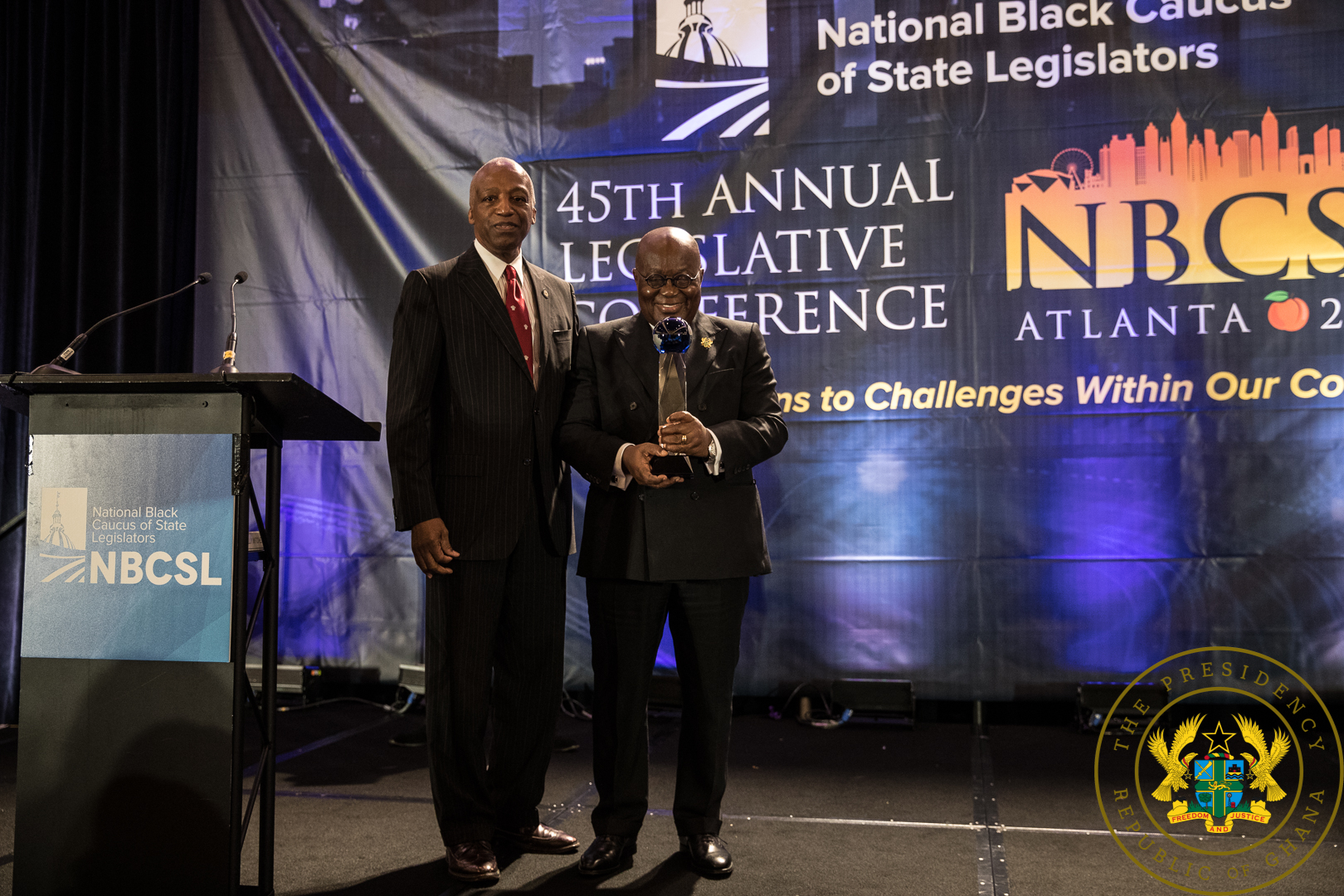