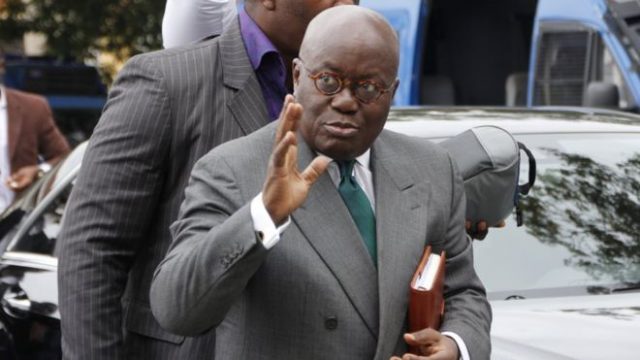 President Akufo-Addo is attending the funeral in his capacity as the Chairman of the ECOWAS Authority.

A funeral service is being held on Wednesday, March 17 in Abidjan.

An eight-day period of national mourning for the late Prime Minister  started last Thursday, with the burial scheduled for Friday, March 19, 2021.

President Akufo-Addo was accompanied by the Minister of Foreign Affairs, Ms Shirley Ayorkor Botchwey and officials of the Presidency and the Foreign Ministry.

President Akufo-Addo will return to Ghana on Wednesday, March 17, 2021, and in his absence, the Vice-President, Alhaji Dr Mahamudu Bawumia, shall, in accordance with Article 60(8) of the Constitution, act as President.

The official programme for the funeral includes funeral service on Wednesday, followed by the transfer of the body the next day to Seguela (North) where he will be buried on Friday "in strict privacy of the family".

Bakayoko, who was also Defence Minister, was taken to France on February 18, 2021 by for "health reasons", before being transferred to a hospital in Germany, at a time Cote d'Ivoire was holding elections for new legislative members.

Despite his absence, he was overwhelmingly re-elected deputy in his stronghold of Séguéla (north).

Hamed Bakayoko succeeded Amadou Gon Coulibaly as Prime Minister in July 2020, who also died a few days after returning from hospital in France for heart problems.