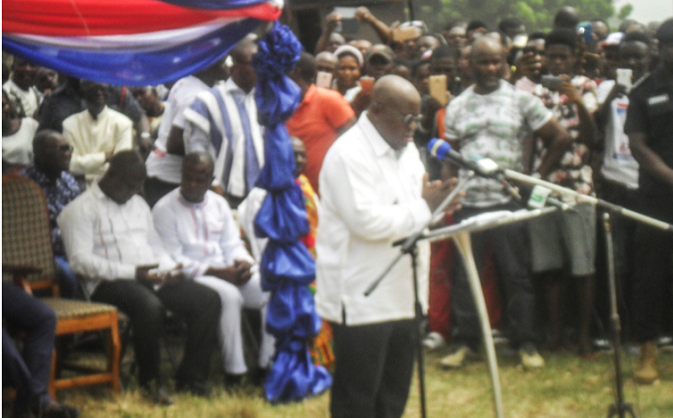 The President-Elect, Nana Addo Dankwa Akufo-Addo, has praised the Krobo traditional areas and the Upper Manya Krobo Constituency in particular for making history by supporting the New Patriotic Party (NPP) to win one seat in the December 7 polls.

He said for the past 24 years there had never been any election in which the Krobo areas voted massively for the NPP, let alone make the party win a seat convincingly, like this year, adding: “This has been very historic, indeed.”

Nana Akufo-Addo made the remark during a durbar at the Laasi Park at Odumase-Krobo last Wednesday as part of a ‘thank you’ tour to the two Krobo traditional areas, namely, Yilo Krobo and Manya Krobo.

“I am very, very grateful to Krobos in general and the Upper Manya Krobo District on behalf of the NPP fraternity for not letting the party down in this year’s elections.

“Your slogan: ‘Wa ma tsakemi’, meaning ‘we need a change’ has really worked and the change has come. You have done very well and you shall be fully represented by the MP-elect for Upper Manya, Mr Joseph Tetteh, and Boakye Agyarko in my government,” he said.

He praised the three parliamentary candidates for Yilo Krobo, Lower Manya Krobo and especially Upper Manya Krobo, Mr Tetteh, for the good fight that enabled him to snatch the seat from the incumbent MP.

Nana Akufo-Addo assured Krobos that they were safe in Akyem areas to go about their trading and farming activities without any trouble.

He denied the claim that if he became President he would sack all Krobos in the Akyem areas, saying that it was politically motivated.

“The assertion that I, Nana Akufo-Addo, will sack all Krobos from  the Akyem area when I become the President of Ghana is not true and political propaganda. Nobody will be in danger; feel free and go about your duties in the Akyem area,” he emphasised. 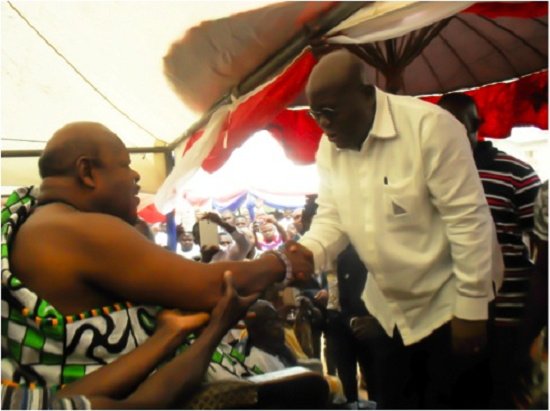 He said he was aware of the challenges in the area and pledged that his government would do its best to help solve the problems and asked for unity and cooperation from the people in the Krobo areas when his government took over.

Earlier, the Konor of the Manya Krobo Traditional Area, Nene Sakite II, on behalf of the other Krobo areas, had congratulated the President-elect and his team on the splendid performance in the general election.