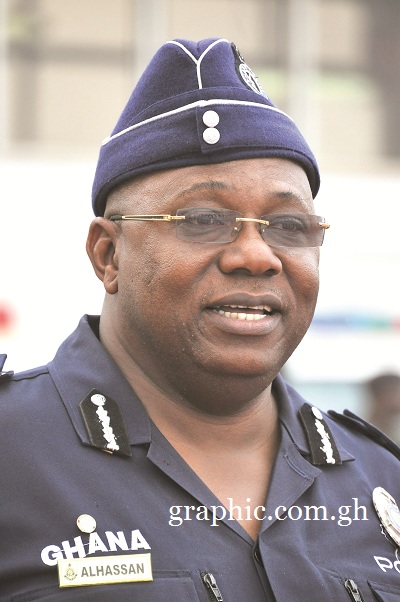 The Alliance for Accountable Governance has appealed to the  Ghana Police Service to show a human face in the conduct of their operations at all times.

The appeal comes after choatic scenes  that followed last Sunday’s devastating fire at the Kantamanto Market.

“These are really difficult times for our fellow countrymen and women who at this stage are still counting their losses after the disaster. The least the service can do for them is to soothe and not to molest them,”  the group stated.

Expressing its deepest condolences to the victims of the fire outbreak at Kantamanto, AFAG shared in the pain of the enterprising and industrious traders who were not just breadwinners of their respective families, but also essential contributors to the national kitty, especially at such crucial and critical times where access to capital was so difficult to get.

The traders clashed with the security personnel last Monday and Tuesday, in a bid to prevent the security from taking over the burnt market. Several of them were arrested but were later released on bail.

“The traders at this stage need conciliatory and placatory words and not discriminatory, intimidating and draconian measures as has been unleashed on the helpless and hapless traders,” a press statement issued by AFAG yesterday stated..

According to AFAG, “Whiles we share in the pain of our fellow countrymen, we bemoan the knee jerk reactionary attitude of our city authorities in enforcing our laws to ensure that such occurrences do not recur.”

In the statement, AFAG enquired of the status of the 1993 Makola Market report following a similar occurrence.

It said that the Market Report, for instance, directed city authorities to provide firefighting equipment including early fire detection and warning systems, fire extinguishers, hose reels and landing valves to help detect and facilitate the initial fighting of fires when it starts before the arrival of fire personnel.

It further recommended that fire posts be constructed in the market or fire wardens made to provide a 24-hour service at the commercial centres to serve as first line defence in case of any fire outbreak. Again, the markets were also required to have adequate exit points to ensure the smooth evacuation and accessibility by emergency workers, the statement added.

According to the statement, it was, however, regrettable, that over 20 years on, city authorities had shown no commitment to the implementation of the recommendations as contained in the report.

Rather,it said, energies had been directed towards relocation to the neglect of the safety and protection of the investments of the traders.

In the view of AFAG, city authorities continue with knee jerk reaction coupled with insensitive approach in dealing with the issues in the city arguing that this “exposes Mr Vanderpuji, the mayor of Accra, as a man not worthy of his job. We, therefore, call on him to do the most honourable thing by resigning from his post as he has palpably shown gross incompetence in the discharge of his duty as the Mayor of Accra.”

“ We also call on the government to, as matter of urgency, liaise with the traders association to resolve the impasse”, the AFAG statement said.