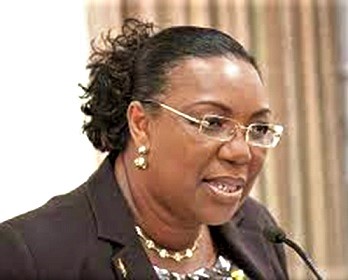 Participants in the second annual National Democratic Congress (NDC) Lawyers Conference have called on the government to take urgent steps to address the current hardship in the country in order to safeguard peace and security of the nation.

They said the current economic hardship occasioned by increasing fuel prices and high inflation rates had serious implications for the country’s peace and security as well as justice delivery.

The NDC Lawyers made the call in a communiqué issued at the end of the three-day conference held at Ada from Saturday, August 27 to Monday, August 29, 2022.

The communiqué was issued to the media and signed by the Chairperson of the NDC Legal Committee, Betty Mould-Iddrisu, Director, Legal Affairs Directorate, Abraham Amaliba, and a former Attorney-General and Minister for Justice, Marietta Brew Appiah-Oppong.

The NDC lawyers called on all stakeholders to support efforts to promote a truly independent judiciary that citizens and the investor community could turn to for true justice.

That, they said, the erosion in trust and the perception of corruption in the Judiciary, illustrated by several reports, including the recently released Afrobarometer Survey on Ghana, was a significant cause for worry as it affected citizens' confidence in the courts to do justice.

They also called for reforms to expand access to Professional Legal Education.

“We reiterate the importance of providing pro bono legal services and appeal to all lawyers to continue offering pro bono services to the vulnerable”.

“We call on all lawyers to work diligently in fidelity only to sound legal principles without fear, even in the face of harassment and intimidation,” they added.

The NDC lawyers described the proposed Constitutional Instrument (C.I.) by the Electoral Commission (EC) to make the Ghana Card the sole identification material for registration of voters as problematic.

“The Constitutional Instrument, if passed in its current state, will violate article 42 of the 1992 Constitution, as it will disenfranchise millions of eligible Ghanaians,” the group said.

They therefore called on the Electoral Commission to withdraw immediately the proposed C. I. since the current legal framework found in C.1.126 is adequate for voter registration.

The conference was attended by former President John Dramani Mahama, Tsatsu Tsikata, who was the keynote speaker at the conference, the National Chairman of the NDC, Samuel Ofosu-Ampofo; General Secretary, Johnson Asiedu Nketia, a former Finance Minister, Prof. Kwesi Botchway, among other dignitaries.

Activities at the three-day conference included the presentation and discussion of regional reports, speeches, panel discussions and working group sessions.