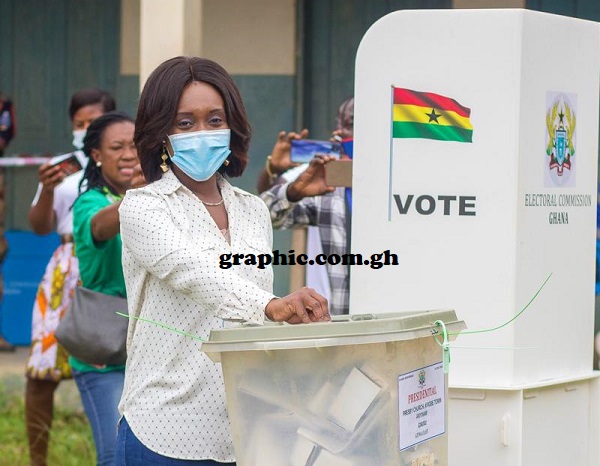 The incumbent New Patriotic Party (NPP) Member of Parliament for the Atiwa East constituency, Mrs Abena Osei-Asare, has retained her seat after she was re-elected.

Mrs Osei-Asare had 21,175 votes to beat her only contender from the National Democratic Congress (NDC), Mr Robert Defia Kwaku, who polled 6,495.

The votes secured by the Deputy Minister of Finance represented 76.53 per cent of the total votes cast.

The NPP also polled 19,759 in the presidential ballot to beat the NDC, which secured 7,533 votes in the constituency.