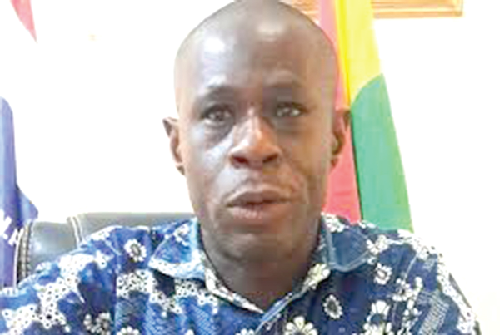 The constituency elections of the New Patriotic Party (NPP) came off peacefully in the Upper West Region where 10 of the incumbent chairmen out of the 11 constituencies lost their positions after the elections last Saturday.

The 10 constituencies where chairmen were changed include the Wa Central, Wa East, Wa West, Lambussie and Daffiama/Bussie/Issa (DBI).

Interestingly, it was only in the Nandom constituency that all the executive members were retained.

In all, 6,712 delegates took part in the exercise in the 11 constituencies.

The Regional Secretary of the NPP, Isaac Alitu told the Daily Graphic that 308 people contested for the various positions in the 11 constituencies.

He commended the delegates for the cooperation and tolerance exhibited during the election to enhance the democratic credentials of the party.

The DBI Constituency elected Felix Naah as the new chairman with Shaibu Abudu elected as Chairman for Sissala West.

The NASARA Coordinator of Sissala West, Iddrisu Walaika, who is currently on admission at the Regional Referral Hospital following serious cutlass wounds he sustained at Gwollu, was retained.

With regard to other chairmanship position results, Sissala East voted for Yahaya Dimbie, Lawra elected Kuunifaa Kennedy, Alhaji Sumaila Kankronye had majority of the votes in Wa East while Nadowli-Kaleo was won by K.O. Yenge.

In Wa Central, the election was held amidst the deployment of heavy security where 99 per cent of the registered delegates took part in the exercise.

Out of 1,058 delegates, only nine of them were absent.

The executive has Osman Hamid as Chairman ably supported by Osman Suleman as Vice-Chairman and Sidik Laminn as Second Vice-Chairman.

The others are Mumuni Abass as Secretary, Adams Mohammed as his Deputy, Abdulai Kpegla Issah as Treasurer and Dambile Alhassan as Organiser. The Women’s Organiser position went to Mrs Takora Attawa, Abdul Fatawu Daud is the Youth Organiser and Jadus Hak Seidu is the NASARA Coordinator.

Addressing the media after the election, Mr Hamid called on all sympathisers of the party to unite and set their campaign strategies in motion to ensure that the party wins the 2024 general election and regained all the six lost seats and even add more seats in the region.

Earlier, an official from the NPP headquarters, Seth Punwum, who supervised the election, reminded the participants and sympathisers that the election was just an internal affair so they needed to go about it peacefully without any rancour and taunting. He called for fair play urged them to carry further the much sought after peace during the election.