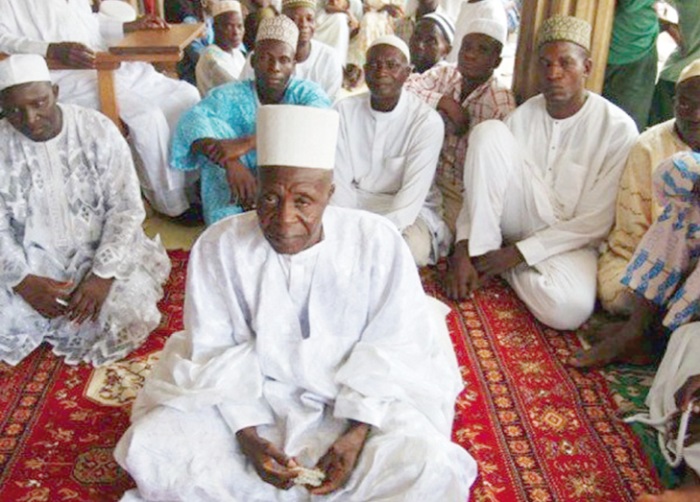 Mohammed Bello Abubakar is one of the most controversial figures in Nigeria. Despite having no discernible income, the 92-year-old man has somehow convinced 107 women to marry him throughout his life, 97 of which are still his wives.

He claims that marrying as many women as possible is a divine assignment he has received from God.

Mr Bello first shot to fame in 2008, when a series of articles revealed that he had 86 wives and around 150 children, either living with him on his compound in Bida, Niger state, or in his house in Lagos.

Muslim clerics accused him of breaking religious rules, which most scholars agree allow a man to marry up to four women, as long as he can provide for all of them and treat them equally.

He was given a very simple choice, either divorce 82 of his wives or face the consequences.

He refused, arguing that there was no punishment stated in the Quran for having more than four wives, and that every man should be free to marry as many women as he can support.

He was arrested at the request of the local Shariah Court, but subsequently released, on the condition that he only keep four of his wives.

Not only did the ‘superpolygamist’ ignore this requirement, but he has since married other women as well.

In total, he has married 107 women so far, divorced 10 of them, which brings the total wife count to a whopping 97.

And despite his ripe old age, Abubakar says he plans on marrying even more.

“What I am doing is divine. It is an assignment and I will keep doing it till the end,” he told Nigerian  newspaper Vanguard.

Abubakar has outlived most of his 185 children, and despite recent rumors that he had died following a swift illness, he told reporters he was alive and well.