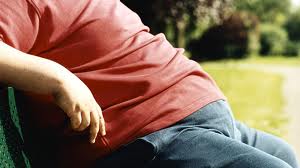 Weight loss after gastric band surgery may be partly caused by changes to micro-organisms that live in the gut, say US researchers.

A study in mice has shown that surgery causes different types of bacteria to colonise the gut.

Transferring samples of those bacteria into healthy mice caused them to rapidly lose weight without surgery.

But the Harvard University researchers said they could not yet explain the mechanism behind their results.

There are differences in the bacteria in the stomachs and intestines of obese people compared with those who are of a normal weight.

And in people who have had gastric bypass operations to help them lose weight, the types of microbes that are found in the gut change.

In the latest study, researchers compared three groups of obese mice on a high-calorie diet.

A week later the mice who had undergone the real obesity surgery had different bacteria in their guts, with an increase in types usually seen in lean individuals and a drop in types associated with obesity.

Three weeks after surgery they had lost about 30% of their bodyweight, the researchers reported in Science Translational Medicine.

Researchers then transferred samples from the guts of the three groups of mice into other germ-free mice.

Those who received bacteria from the bypass mice, lost a significant amount of weight in two weeks but the others saw no change.

It is not yet clear how the microbes influence weight loss, but one theory is that they have an impact on metabolism.

"We need to learn a good deal more about the mechanism by which a microbial population changed by gastric bypass exerts its effects," said study author Dr Lee Kaplan, an associate professor of Medicine at Harvard Medical School.

"The ability to achieve even some of these effects without surgery would give us an entirely new way to treat the critical problem of obesity, one that could help patients unable or unwilling to have surgery."

Co-author Peter Turnbaugh added: "It may not be that we will have a magic pill that will work for everyone who's slightly overweight.

"But if we can, at a minimum, provide some alternative to gastric bypass surgery that produces similar effects, it would be a major advance."

Prof David Haslam, from the National Obesity Forum, said: "We know the effects of bariatric surgery are not just mechanical and we don't know the full reasons why it works so well, especially in the resolution of diabetes.

"There is more to it than meets the eye."