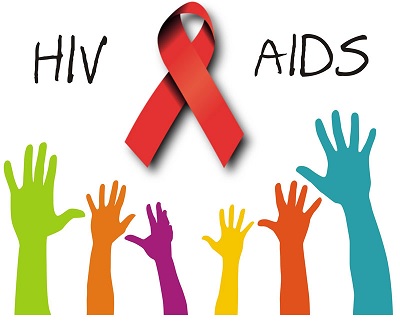 The US Food and Drug Administration has approved the first long-acting injectable medication for use as pre-exposure prevention, or PrEP, against HIV, the agency announced Monday.

Apretude, the new drug, is an injectable given every two months as an alternative to HIV prevention pills, like Truvada and Descovy, which have been shown to reduce the risk of HIV by 99 per cent when taken daily.

Two FDA trials analyzing the safety and efficacy of the novel drug found that Apretude was more likely to reduce HIV than the daily oral medications — by 69 per cent for cisgender men and transgender women who have sex with men and by 90 per cent for cisgender women. Apretude’s superior efficacy was apparently driven by the greater ease with which study participants adhered to the every-other-month regimen compared with taking a pill every day.

“Today’s approval adds an important tool in the effort to end the HIV epidemic by providing the first option to prevent HIV that does not involve taking a daily pill,” Dr. Debra Birnkrant, the director of antivirals division at the FDA’s Center for Drug Evaluation and Research, said in a statement. “This injection, given every two months, will be critical to addressing the HIV epidemic in the U.S., including helping high-risk individuals and certain groups where adherence to daily medication has been a major challenge or not a realistic option.”

While gains have been made in PrEP use over the past several years, only 25 per cent of the 1.2 million people for whom PrEP is recommended were prescribed the treatment last year, according to the Centers for Disease Control and Prevention. The CDC estimates that as of 2019, there were approximately 285,000 people using PrEP, the vast majority of them gay and bisexual men.

The hope is that the newly approved, long-acting injectable — made by ViiV Healthcare, which is majority-owned by GlaxoSmithKline — will make adherence easier, help increase PrEP usage and drive down the national HIV rate.

“People who are vulnerable to acquiring HIV, especially those in Black and Latinx communities who are disproportionately impacted in the US, may want options beyond daily oral pills," Deborah Waterhouse, ViiV Healthcare’s CEO, said in a statement, adding that "Apretude was studied in one of the most diverse and comprehensive HIV prevention trial programs to date, which also included some of the largest numbers of transgender women and Black men who have sex with men ever enrolled in an HIV prevention trial."

In July, the federal government announced that almost all insurers must cover the two approved forms of PrEP pills, Truvada and Descovy, as well as the lab tests and clinic visits required to maintain such prescriptions — and to do so with no cost sharing. As it stands, insurers will not be required to cover all costs for the new injectable version of PrEP, which has a list price of $3,700 per dose and is slated to begin shipping to wholesalers and specialty distributors in the U.S. in early 2022.

Kenyon Farrow, the managing director of PrEP4All, an advocacy group that fights to increase access to HIV prevention and treatment, said his organization is “definitely happy to see the FDA approval of another option for people who want to use PrEP.”

However, he said he fears that the “implementation of this option will likely take years to make it real for most people.”

“Due to COVID, public health systems are already overburdened and much of the workforce needed to implement this large scale are leaving the field due to burnout,” he said in an email. “Because it will need to be administered in clinical settings, it won’t be treated as a pharmacy benefit by payers, but instead as a clinical benefit, which will take time to implement the proper coding for billing, as well as education and training for nurses who will likely bear the brunt of the work to implement.”

In the meantime, there are multiple other long-acting forms of PrEP making their way through the research pipeline, requiring dosing as seldom as twice per year. However, the FDA recently put a hold on research of one such long-acting drug, Merck’s islatravir, due to safety concerns after people receiving the drug in clinical trials experienced declining CD4 levels.