The unsung hero in breastmilk 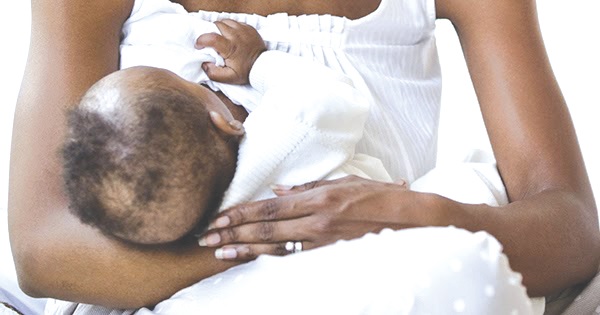 Breastmilk is the perfect food for babies

Breastfeeding a child after birth can be considered exciting, fascinating, interesting and tiring for mothers who have just given birth.

Human breast milk is considered the best food and the gold standard for newborns and infants.

It has been well documented that breastfed infants are better protected from infectious agents than formula-fed infants.

This can be attributed to various factors present in milk.

Oligosaccharides are one of the important factors.

They are the third most important solid component of breast milk (with the first and second being lactose and lipids respectively) which has positive short-and long-term effects on infants.

HMOs levels appear to be higher in first milk (colostrum, the yellowish creamy milk) after child birth and decrease as breastfeeding continues.

They have many benefits which put breastfed children at an advantage as compared to formula-fed infants.

The first of its benefits is its function on the gastrointestinal tract (GIT).

HMOs act as feed for digestive micro-organisms. HMOs have long been thought to stimulate the colonisation of beneficial microbes in the gastrointestinal tract of the infant.

It is now well established that HMOs can serve as substrate for intestinal microbes.

The second of its benefits is its ability to protect against infections. Studies have shown that breast-fed infants have lower incidences of infectious diseases of the intestinal, urinary and respiratory tract.

Many pathogens first need to adhere to mucosal surfaces to invade the host to cause disease or initiate infection but some HMOs inhibit adhesion and enhance pathogen clearance which reduces infection.

Studies have shown that breastfed preterm infants have superior developmental scores at 18 months of age and higher intelligence quotients at the age of seven.

Human milk is a rich source of sialic acid, and post-mortem analysis on human neonates showed that sialic acid concentrations are significantly higher in the brains of breastfed infants than infants fed with formula that contained lower amounts of sialic acid.

This shows that sialylated HMOs contribute to the majority of sialic acid in human milk that provides the developing brain with this seemingly essential nutrient and contribute to good developmental scores and intelligence quotients in breastfed infants.

HMOs represent the next frontier in neonatal nutrition as they constitute a major component of the immune-protection conferred by breast milk upon vulnerable infants.

The addition of HMOs to infant formula is currently not feasible due to the limited availability.

Cattle-milk-based infant formula contains very low levels of complex oligosaccharides, which make it difficult to be used as a substitute for that which comes from humans.

The effects of formula oligosaccharides on intestinal epithelium and barrier functions are controversial.

Whether or not this is a potential health concern to the human infant remains to be clarified.

In conclusion, HMOs seem to have a wide spectrum of benefits for the breast-fed infant that go beyond the prebiotic aspects.

Adding “the real” HMOs to infant formula in similar complexity as found in breast milk will, at least for now, remain technically unfeasible.

However, with recent advances in glycan synthesis, one or more “authentic” HMOs might soon become available for clinical studies with infant health outcomes, but also to address basic measures such as HMO metabolism, bioavailability and kinetics.

Until then, breast milk still remains the most perfect food for the baby and mothers are encouraged to choose breastmilk over formula.