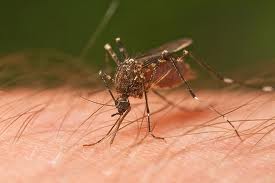 An indoor residual spraying (IRS) campaign programme has been launched at Savelugu in the Northern Region to help prevent Malaria spread in some districts in the region.

The programme aims at protecting about 470,000 residents of the beneficiary districts of Bunkpurugu/Yunyoo, East Mamprusi, Savelugu/Nanton and West Mamprusi from contracting the disease.

The IRS project intends to kill mosquitoes that carry the malaria parasite to prevent its transmission. It involves the application of insecticide to the interior walls and eaves of homes.

It is funded by the President’s Malaria Initiative and implemented by the Africa Indoor Residual Spraying (AIRS) project led by Abt Associates.

According to the AIRS Ghana Chief of Party, Peter Mumba, IRS is a core component of Ghana’s current national malaria control strategy and Ghana’s strategic plan for malaria control between 2008-2015 with the goal to protect one-third of Ghana’s districts by the end of the project.

According to the Ghana Health Service, malaria is the number one cause of morbidity in the country, accounting for about 38 per cent of all outpatient illnesses, 36 per cent of all admissions and 33 per cent of all deaths in children under five years.

Between 3.1 and 3.5 million cases of clinical malaria are reported in public health facilities each year, of which 900,000 cases are children under five years.

According to Mr Mumba, the AIRS project is also protecting millions of people from malaria by leading indoor residual spraying in 13 countries in Africa.

The programme was launched by the United States Ambassador to Ghana, Mr Gene A. Cretz and was attended by other stakeholders including chiefs and people from the area.