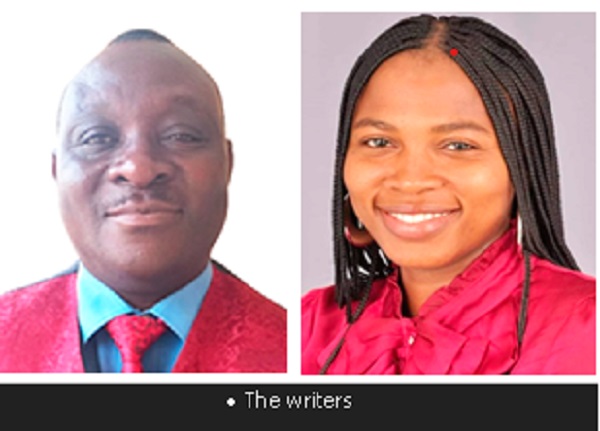 It is veracious that priapism is not a common occurrence; yet when it occurs, it causes persistent erection of the penis leading to pain and worry. What then is priapism?

Priapism, therefore, refers to a prolonged penile erection, which is not due to sexual arousal.

It is either a full or a partial but persistent erection of the penis, which continues for more than four hours, and it is not linked to any sexual stimulation.

Priapism mostly affects males in their 30s and older, even though it can affect male children, especially those that have sickle cell disease.

However, priapism also occurs among females. Female priapism is usually described as a prolonged and painful erection of the clitoris, which is not associated with sexual arousal, causing engorgement, swelling and pain to the clitoris and the clitoral region.

Most clitoral priapism patients may erroneously refer to the condition as swelling or burning vulvar, rather than erection.

Just like priapism among males, clitoral priapism is a rare condition.

In this piece, however, the focus is on priapism that affects males.

Causes
Normally, an erection occurs due to physical or psychological stimulation, leading to the relaxation of certain smooth muscles and increased blood flow to spongy tissues in the penis.

Consequently, the blood-filled penis becomes erect. As such, once the stimulation ceases, the blood flows back and the penis returns to its non-rigid (flaccid) state.

Suffice it to say that priapism occurs when some part of this system of normal erection changes normal blood flow and an erection persists.

Priapism does not have one fundamental cause.

Other causes are spider bites, scorpion stings or other toxic infections; metabolic disorders, including gout or amyloidosis; neurogenic disorders (e.g., a spinal cord injury or syphilis) and cancers involving the penis.

The two main types of priapism are ischemic and non-ischemic.

Regardless of the type of priapism, its diagnosis involves the doctor asking relevant questions and examining the genitals, abdomen, groin and perineum of the patient.

It occurs due to a lack of blood flow to the penis. Blood is usually trapped in the penis because it cannot flow out of the penile veins or when there is a problem with the contraction of smooth muscles within the erectile tissue of the penis.

Ischemic priapism is the more common type of priapism.

It requires immediate medical care to prevent complications caused by a lack of oxygen in the penile tissue.

Signs and symptoms of ischemic priapism include an erection unrelated to sexual stimulation lasting more than four hours or a rigid penile shaft with soft glans and progressively worsening penile pain.

Another kind of ischemic priapism is stuttering priapism.

It affects even children, and it is recurrent or intermittent episodes of prolonged erections and often includes episodes of ischemic priapism.

It occurs more often in males who have an inherited disorder characterised by sickle cell disease (SCD). SCD can block the blood vessels in the penis.

In some cases, the condition starts with unwanted and painful erections of short duration and might progress over time to more frequent and prolonged erections.

Non-ischemic priapism
It is also known as high-flow priapism. It occurs when blood and oxygen flow through the penile arteries is not adequate.

It often occurs due to trauma. Its signs and symptoms are like the ischemic type with the exceptions being non-rigid and painless penile erection.

Unchecked priapism can damage penile tissues and cause erectile dysfunction. It means that the penis may not erect again at all or it may only erect partially.

The most effective way of preventing priapism is to treat or cure the underlying cause (s).

Superstition
In Ghana, superstitious explanations for priapism abound. It is highly attributable to juju or incantations of a sort due to infidelity.

It is believed that some men who suspect their female partners of infidelity tend to place a spell or juju on the women and any other man who has sexual intercourse with those women tends to have priapism.

In local communities, therefore, people who have prolonged erection seek help from herbalists and spiritualists who claimed to have such powers to provide appropriate cure.

In most traditional areas, therefore, the priapism patient is regarded as a man who sleeps with other men’s wives or concubines.

The occurrence causes nostalgic feelings in such communities. It is trite belief that the totem of the priapism juju is hoe with wooden handle.

As such, if an adulterous man has sexual intercourse with another man’s wife who carries the spell, the adulterous man’s penis gets erected as stiff as the hoe handle.

Similar juju allegedly causes sexual locking (penis captivus). One may read an article on sexual locking published by Philip Afeti Korto on page 13 of the December 21, 2022 edition of the Daily Graphic or read same on www.graphiconline.com.

Most traditionalists strongly believe that a juju-inflicted priapism persists to death unless the afflicted man confesses and the curse or spell is reversed.

Conclusion
Whether its fundamental cause is clinical or spiritual, priapism can be cured; hence, afflicted persons should go to the hospital even if they place a higher premium on the spiritual cause and cure.

The spiritual diagnosis must not be to the neglect of the clinical one since some spiritual causes have physical complications.

For example, God caused the plaques of ancient Egypt, which afflicted many people with resultant and observable clinical complications such as the festering boil break (Exodus 9:8-9).

The writers are health service administrators