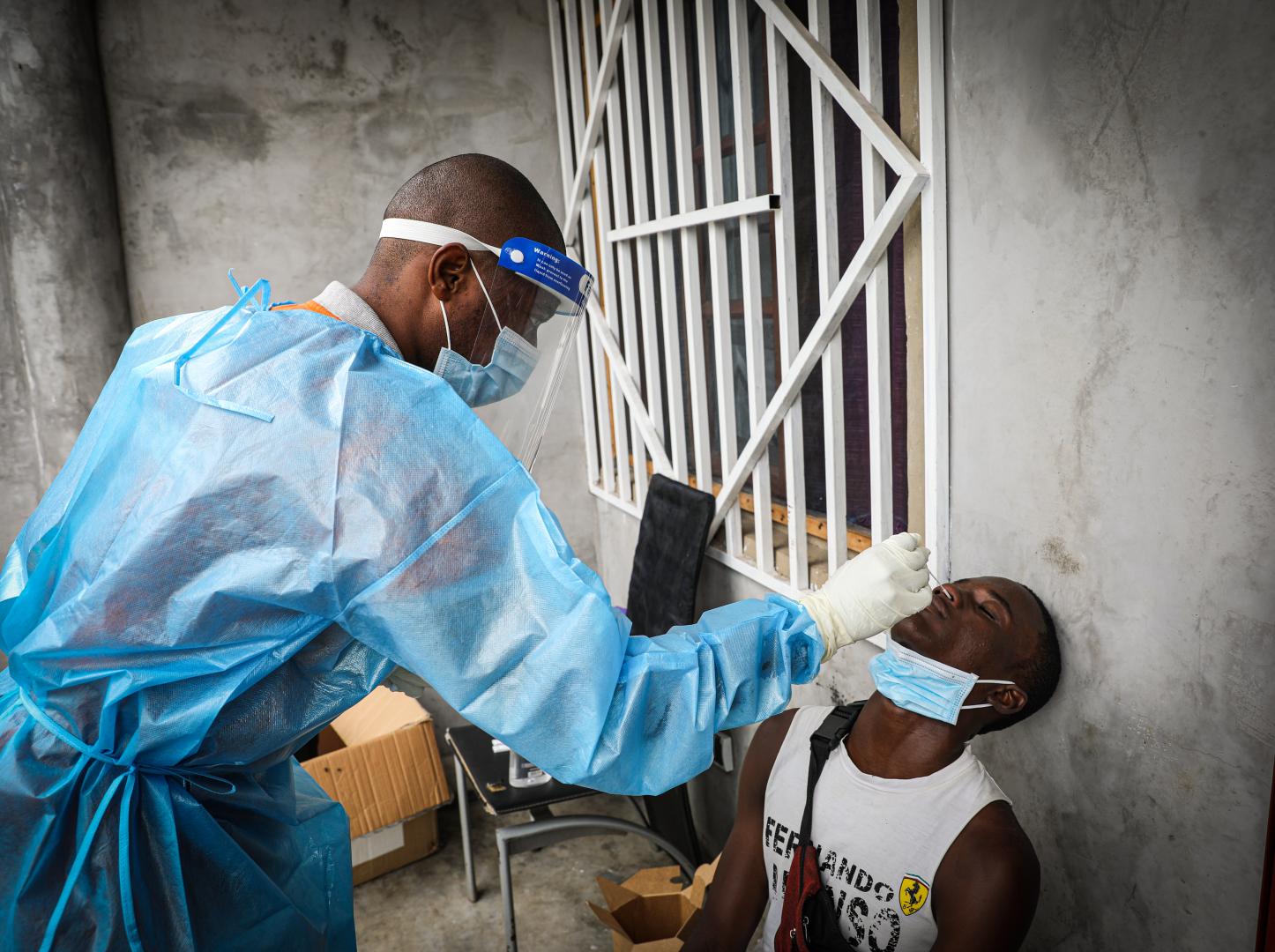 The Omicron variant is reaching more countries in Africa and weekly COVID-19 cases in the continent surged by 93 percent.

However, there are signs of hope as preliminary data indicates that hospitalizations across South Africa remain low, the World Health Organisation (WHO) Regional Office for Africa has said.

Follow @Graphicgh
Africa recorded more than 107,000 cases in the week ending on December 5, 2021, up from around 55,000.
Five countries accounted for 86 percent of the cases reported over the past week and all the sub-regions in the continent – up from one the previous week – reported increases in new cases.
Southern Africa recorded the highest increase with a 140 percent hike mainly driven by an uptick in South Africa.
Research is being intensified to determine whether Omicron is fuelling the surge in cases seen in Africa. Emerging data from South Africa indicates that Omicron may cause less severe illness.
Data which looked at hospitalizations across South Africa between 14 November and 4 December found that ICU occupancy was only 6.3 % – which is very low compared with the same period when the country was facing the peak linked to the Delta variant in July.
Data from the same two-week period from one of the health districts most impacted by Omicron found that out of more than 1200 admissions, 98 were receiving supplemental oxygen and only four were on ventilation.
This is very preliminary data with a small sample size and most of the people admitted to the health facilities were under the age of 40. As the clinical profile of patients changes, the impact of Omicron may change.

“With Omicron now present in nearly 60 countries globally, travel bans that mainly target African countries are hard to justify,” said Dr Matshidiso Moeti, the World Health Organization (WHO) Regional Director for Africa. “Through the diligent surveillance efforts of African scientists, the new variant of concern was first detected on this continent, but it’s unclear if transmission was taking place silently in other regions. We call for science-based public health measures to counter the spread of COVID-19. The travel restrictions come at the height of the end-of-year tourist season, ravaging Africa’s economies, with a knock-on impact that is potentially devastating to the health of Africans.”

To ramp up the response to the Omicron variant and the rise in cases, WHO is supporting countries to improve genomic surveillance to track the virus and detect other potential variants of concern. In South Africa, a regional genomic sequencing laboratory is supporting 14 southern Africa countries and has significantly scaled up sequencing. In the first half of 2021, southern African countries sequenced only 5500 samples. They are now sequencing as many every month.

Africa has so far received more than 372 million COVID-19 vaccine doses and administered 248 million. That represents only 3% of the 8.2 billion doses given globally. Although the pace of vaccination has increased in recent months, only 7.8% of Africa’s population is fully vaccinated.

“What we do know is that uneven distribution of COVID-19 vaccines globally is creating an ideal environment for COVID-19 variants to emerge and spread explosively and regions with the least access to vaccines seem likely to suffer the most,” said Dr Moeti. “With the end-of-year travel and festivities upon us, limited vaccination, rising COVID-19 cases and the new variant paint an ominous picture for our region.”

“Only six of Africa’s 54 countries have reached the global target of vaccinating 40% of their population by the end of this year, leaving millions of people in our region without protection against COVID-19. This is simply dangerous and untenable,” said Dr Richard Mihigo, Immunization and Vaccines Development Programme Coordinator for the WHO Regional Office for Africa.

WHO held a virtual press conference today facilitated by APO Group. The briefing was led by Dr Mihigo. He was joined by Dr Christian Happi, Professor of Molecular Biology and Genomics and Director of the African Centre of Excellence for Genomics of Infectious Diseases at Redeemer's University in Nigeria.