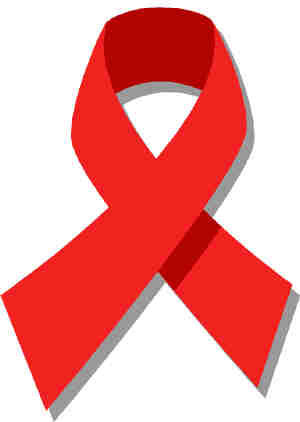 It is illegal to deny people employment based on their HIV and AIDS status.

That practice contravenes Article 17 of the 1992 Constitution and  is, therefore, illegal, the Minister of Gender and Social Protection, Nana Oye Lithur, has said.

She said the national HIV/AIDS policy also prohibited pre-employment screening because it was discriminatory and exposed patients to stigma.

Speaking at a two-day national policy dialogue on human rights, HIV and the law in Ghana, Nana Lithur stated that it was unacceptable for any employer to deny an individual a job on account of his or her HIV and AIDS status.

The dialogue, organised by the Ghana AIDS Commission (GAC) and the United Nations (UN), seeks to give the opportunity to other stakeholders in the fight against the spread of HIV and AIDS to make contributions to the proposed  HIV and AIDS laws before they are passed.


Nana Lithur explained, however, that some jobs required a form of medical screening to be carried out on prospective applicants, which was acceptable.

She said it was also wrong for churches to demand that would-be couples undergo HIV and AIDS screening before their marriages were blessed.

That, according to her, was also wrong because it went against the GAC policy on voluntary counselling and testing.

She explained that when people voluntarily opted for HIV and AIDS testing, they were taken through all the processes which adequately prepared them for the news.

In a presentation on the Legal Audit Assessment of HIV and AIDS related laws in Ghana, Nana Lithur explained that the document was developed to identify gaps between Ghana’s international obligations and domestic laws or policies relating to HIV and AIDS.

The document, developed in 2010, deals with issues such as anti-discrimination, privacy and confidentiality, sexual and transmission offences, employment, among others.

The draft HIV and AIDS Prevention and Control Law also spells out some measures to reduce the spread of the disease.

It talks about the penalty for unsafe practices or procedures, prevention of transmission, mother-to-child transmission, consent to HIV testing, discrimination, access to healthcare services, among others.

The Director-General of the GAC, Dr Angela El-Adas, stated that although the prevalence rate of the disease in the adult population was 1.5 per cent, it was higher among homosexuals and female sex workers whose prevalence rates were 17 per cent and 11 per cent, respectively.

She said it was necessary to reduce stigmatisation among those groups, so that the GAC and other stakeholders could reach out to them.

The Attorney-General and Minister of Justice, Mrs Marietta Brew Appiah-Opong, took participants through the Constitution of the Fourth Republic and the protection of the rights of the vulnerable population.

She gave an assurance that the bill would be worked on promptly once it was submitted to her ministry.

The United Nations Resident Coordinator, Ms Ruby Sandhu-Rojon, said there was a direct correlation between HIV and AIDS prevalence rate and the legal environment.

She said there was now evidence that the HIV and AIDS epidemic could be tackled head on and commended Ghana for the strides it had so far made towards the eradication of the disease.