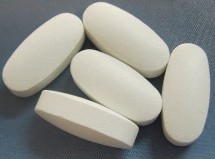 The Ghana Health Service (GHS) has endorsed the use of the Oral Rehydration Salt (ORS) +Zinc Tablet for the treatment of Childhood Diarrhoea because of the successes it has chalked up since its inception in 2012.

The tablet has proven to be popular among Ghanaian families for its highly effective treatment of diarrhoea, especially among children.

The Director General of the Ghana Health service (GHS), Dr Appiah-Denkyira, at a press briefing at the Lakma Hospital in Accra, noted that “the use of ORS+Zinc tablet is so effective that we at the GHS have now made it standard protocol for the treatment of childhood diarrhoea nationwide.”

He said since the inception of the tablet, infant mortalities under the age of five had reduced in the country, adding that the decrease in mortality could be attributed to the increased use of the ORS+Zinc tablet.

He added that averagely, children in Ghana suffered three episodes of diarrhoea within a year, adding that now the vast majority of cases of childhood diarrhoea could be fully treated with the tablet.


According to the director, the general public is assured of their safety if the tablet is well administered to the patient.

Dr Denkyira said the United States Agency for International Development (USAID) and other partners were working hard around the clock to increase the supply and promotion of the Zinc tablet in order to treat diarrhoea among children in the country.

The director general of the GHS cautioned the general public to always wash their hands with soap, observe food hygiene and proper waste disposal in order to prevent diarrhoea.

The Chief of Party at USAID Behaviour Change support (BCS) Project, Mr Lan Tweedie, noted that statistics had shown that since the introduction of the tablet onto the Ghanaian market in 2012, over 10 million tablets had been distributed, adding that roughly 1,000,000 children had quick effective treatment of their diarrhoea.

He said the Zinc tablet made tremendous sales in the private sector, indicating that before the ORS+Zinc campaign in June last year, 250,000 tablets were sold from January to March, which increased to 2,864,000 between April and June.

Between July and September, 8,110,000 tablets were sold, after the campaign had started in June.