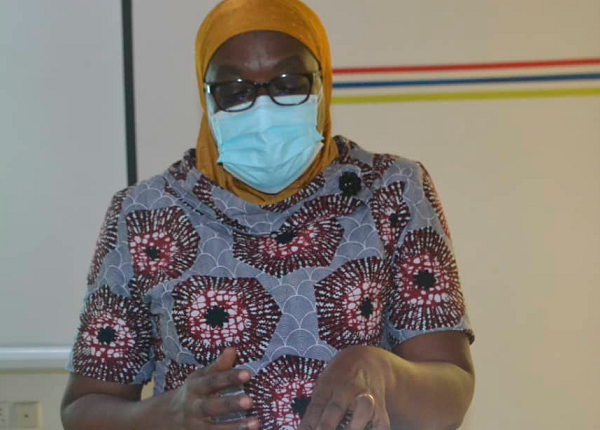 The Agona West Municipal Director of the Ghana Health Service (GHS), Mrs Nancy Ekyem, has urged Ghanaians to stop paying lip service to the COVID-19 safety protocols, as it will thwart efforts aimed at controlling the further spread of the deadly pandemic.

She has, therefore, charged everyone to fully embrace all safety measures outlined in the fight against the COVID-19 pandemic and stop disregarding them so as to stem the continuous spread of the virus and protect themselves and others from contracting the it.

Mrs Ekyem was speaking at a day’s stakeholders’ engagement on guidelines for the re-opening of schools organised by the Agona West Municipal Directorate of the Ghana Education Service (GES) at Agona Swedru in the Central Region, recently.

The meeting’s objective was to deliberate on and explain the various guidelines to all stakeholders in order for them to fully adhere to their implementation.

Touching on the number of positive cases recorded in the municipality, she said from May 23, 2020 to September 30, 2020, the area recorded 23 positive cases with one death, saying “as we speak, all of them have fully recovered and have been duly discharged.”

“It is very worrying that some people step out to go about their normal duties without wearing masks at all,” she said.

Mrs Ekyem urged traditional rulers to use the power they wielded in their respective communities to champion the strict enforcement of the various protocols to reduce the spread of the virus.

“Traditional leaders obviously have a critical role to play in the fight against the pandemic since their subjects respect and adhere to directives emanating from them; they should join the campaign to get the message to the people,” she said.

Additionally, she entreated people to wear the standardised masks and desist from dropping their masks under their chin since it would expose them to the virus.

The Municipal Director of the GES, Mr Joseph Kingsley Akwaboah, said the directorate had received personal protective equipment (PPE) which had been distributed to all the schools.

He said the directorate was ensuring strict compliance with the safety measures in all schools to protect both staff and students, adding “luckily for us, we have not recorded any positive cases in schools within the municipality.”

Mr Akwaboah said: “The directorate has put in place the necessary measures to ensure that no staff or school pupil is affected which will warrant the closure of a particular school.”

“Each school has been mapped to a nearby health facility so that such facilities would be the first port of call to attend to suspected cases,” he added.

He said due to over population of some basic schools in the midst of the pandemic, the directorate with support from stakeholders was considering introducing the shift system in some selected schools in accordance with the social distancing protocol.

He disclosed that the directorate had earmarked more than 20 basic schools in communities such as Agona Swedru, Agona Abodom, Agona Nyakrom and Agona Bobikuma to run the shift system.