GHS to scale up malaria vaccination 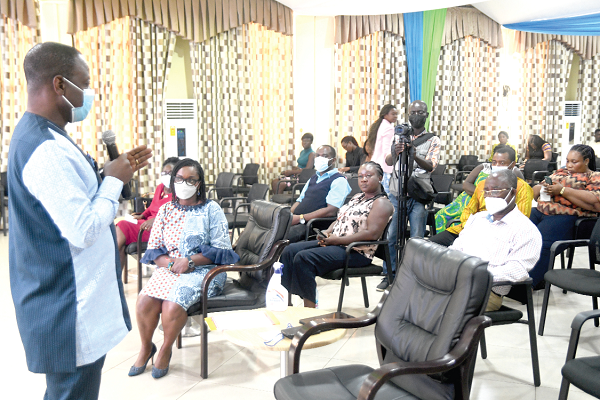 The Ghana Health Service (GHS) is to scale-up malaria vaccination as part of efforts to eliminate the disease from the country.

This follows the successful completion of a pilot malaria vaccination exercise which started in April 2019 with the administration of more than one million doses.

The World Health Organisation (WHO) selected Ghana, Kenya and Malawi for the pilot project.

At a press briefing in Accra yesterday as a prelude to the commemoration of this year’s World Malaria Day, the Director-General of the GHS, Dr Patrick Kuma-Aboagye, said there had been a reduction of in-patient malaria deaths in health facilities from 599 in 2017 to 275 in 2022.

Nevertheless, he said, malaria was still the number one cause of out-patients attendance in all health facilities in the country, but the proportion of admissions attributed to malaria declined from 22.6 per cent in 2017 to 19.6 per cent last year.

Dr Kuma-Aboagye described the figures as too high, adding that in spite of the progress made towards the elimination of the disease, it remained a serious public health condition, with the confirmation of 5.7 million cases last year.

“In 2021, there were 5,733,013 malaria cases and 391,052 admissions recorded. This numbers are too high. The malaria burden is felt not only in the health sector but also other sectors, thereby incurring great social and economic burdens.

“Ghana, unfortunately, is one of the 10 highest malaria-burdened countries in the world. It is for this reason that we need to intensify the fight against the disease and win eventually,” he added.

World Malaria Day is commemorated globally on April 25, every year to recount the successes and the challenges in the global fight against the disease.

The 2022 commemoration, which will focus on reinforcing Global Fund Investment (GFI), will be held in Hohoe in the Volta Region on the theme: “Advance quality, building resilience and ending malaria”.

Dr Kuma-Aboagye said eliminating malaria would require the mobilisation of needed resources to scale-up proven and effective interventions equitably to those who needed them.

“We need to build resilience, which will entail building systems and strategies that are sustainable beyond donor support to eventually end malaria,” he added.

Others are the intermittent preventive treatment for pregnant women, seasonal malaria chemoprevention, case management and vaccination.

She mentioned one challenge facing the programme as funding gaps and called on both local and international partners to support the programme to succeed.