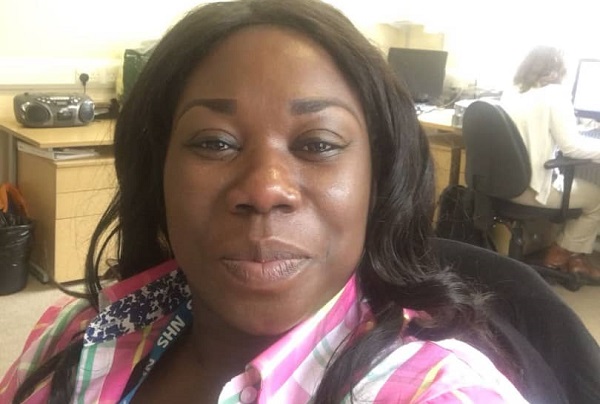 as Child and Adult Psychiatric Health Foundation, with a sub-branch in the United Kingdom (UK), the foundation will announce its presence in the country with a mental health awareness campaign in Accra and Cape Coast in October this year.

A founding member of the foundation, Stella Ewuradjoa Nutakor, told the Daily Graphic in London that in preparation for the October campaign, the foundation was working towards a partnership with mental health officials of the East London National Health Service (NHS) Foundation Trust to raise funds for the purpose.

Nutakor, who is a UK-based community psychiatric nurse, said high on the foundation’s agenda, was its intention to adopt the Ankaful Psychiatric Hospital in Cape Coast and give it a facelift to raise the standard of care offered to patients, as well as to provide continuous support to healthcare service by the facility.

“The foundation aims to work in conjunction with mental health doctors and nurses from the UK who will visit Ghana on basis as volunteers to assist in general mental service.

She said the programme would focus more on children.

About 2.4 million Ghanaians have experienced one form of mental illness with only two having access to proper care.

More so, there are only 600 qualified psychiatric nurses in the country and the Accra Psychiatric Hospital, which was established in 1906 with the capacity to house 800 patients, now has in excess of 1000 patients.

There are three psychiatric hospitals in Ghana – the Accra, Ankaful and Pantang hospitals – which are currently confronted with major challenges, including the lack of adequate funds to resource them and the fact that there is only one psychiatric doctor.

She said the foundation’s mission was also to help improve the knowledge of psychiatric hospital staff by way of arranging training programmes for them, to be run by British health professionals, together with an exchange programme with the British NHS.

Nutakor explained that the idea of linking the foundation in Ghana to the East London NHS Foundation was to follow the same model as Butabika in Uganda, which has a link with the East London and had attracted international attention and support for the Ugandan health facility.

The Butabika-East London link is a multi-disciplinary and an institution to institution partnership between the East London NHS Foundation Trust and the Butabika National Referral Hospital in Uganda.

She said the partnership had been instrumental in transforming mental health practice in Uganda, having given it a focus on training and development, service user involvement advocacy.

“We intend to replicate the same model in Ghana for it to be the game changer in transforming Ghana’s mental health situation,” she added.

With support from the Ministry of Health, the Ghana Mental Authority and the Diaspora Relations Department at the Presidency, the foundation will hold two mental health awareness campaigns in March and October every year, to the Ghanaian public to mental health and its related issues.

She said the foundation would also host a group of volunteer psychiatric professionals in March and October every year, who would render services in less endowed facilities in the country.