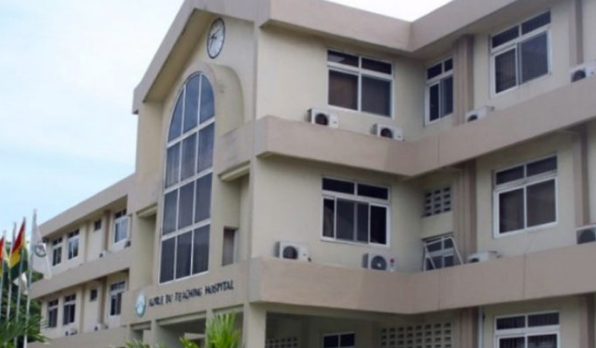 In spite of the pressure and the increase in reported cases at the Emergency Unit of the Korle Bu Teaching Hospital, the Ghana Health Service (GHS) says it still stands by its directive to the hospital and all government-accredited hospitals and clinics not to turn patients away on the excuse that they have no beds.

“We are not revising any decision. A six-member committee set up to investigate the death of a 70-year-old man after he was alleged to have been denied admission by seven hospitals because they claimed they had no beds, has just finished with its investigations and report.

“We hope to present it to Parliament by the close of the week,” the Director-General of the GHS, Dr Anthony Nsiah Asare, told the Daily Graphic in an interview in Accra yesterday.

Following the death of 70-year-old Prince Acheampong on Saturday, June 2, 2018, the GHS directed all government-accredited hospitals and clinics not to turn patients away because they did not have beds.

In its attempt to comply with the directive, Korle Bu has become the centre of attraction, as almost every case is sent there as an emergency, thereby worsening the already dire conditions at the Emergency Unit of the hospital.

What has aggravated the situation at the premier hospital is the directive by the GHS to public hospitals not to turn away emergency cases.

Emergencies are usually categorised into three: red, yellow and green.

Red, which is the highest level, means it is very serious; yellow means moderate and green means one’s condition is not all that bad.

Expressing optimism that the recommendations by the committee would improve current conditions in the health system, Dr Nsiah-Asare said: “If we all follow the referral system, about half of the patients who visit Korle Bu will not go there at all. Not every patient would go to Korle Bu because Korle Bu is a tertiary institution.”

As part of its recommendations, Dr Nsiah-Asare said the committee had proposed pre-hospital care and emergency management systems as some of the measures to improve the system.

He said referral and bed management systems were also essential since a facility could have about 500 beds but if the beds were not properly managed, there would still be problems.

“The committee’s report also looked at the attitude of health professionals, workload, burn out rate, issues of human resource, placement, financial assessment for health care and emergencies,” he said.

He expressed the hope that after presenting the report to Parliament, its implementation would ensure an integrated, robust and comprehensive health care in the country.