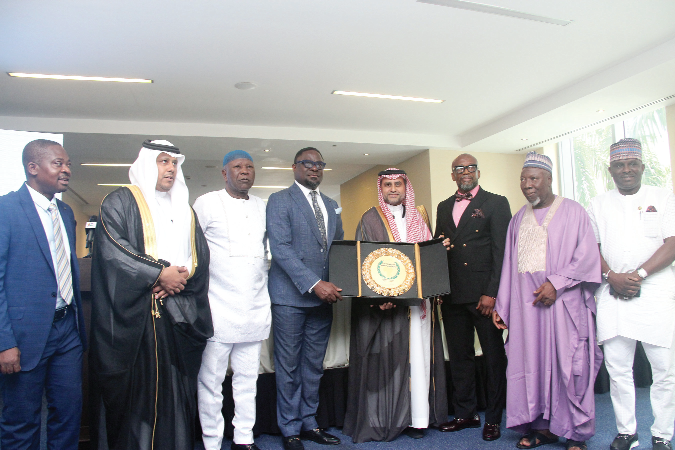 The Supreme Economic Council for Arab-African Economy will invest £2.8 billion in the country to improve healthcare delivery.

The amount will go into the construction of mobile clinics in all the 16 regions and the establishment of a medical university and hospital to provide training for the next generation of medical professionals.

The President of the council, Hani Abu Zaid, who made this known, said a significant portion of the investment would be used to resource existing medical facilities with modern technologies and equipment.

He was speaking at the maiden Supreme Economic Council For Arab-Africa Economy Summit in Accra yesterday.

Participants at the summit, including business leaders and policymakers, will discuss the investment climate in the country and identify areas that need critical and urgent investment.

The council is an economic-diplomatic body recognised by the United Nations, the European Union, the Arab League and the Common Market for Eastern and Southern Africa (COMESA).

It specialises in promoting and facilitating investments and trade in member nations and affiliates to strengthen their economies.

Mr Zaid noted that Ghana is a natural resource-rich nation with fertile lands suitable for agricultural investment that could improve the economy.

"The economic development is a gateway to achieving sustainable development in every country which will make it possible for its citizens to gain purchasing power and also end the issue of unemployment in the country," he said.

He said foreign investment would help develop the economy and create job opportunities.

Mr Zaid said the council would also establish a ‘Smart City’ project that would offer jobs to more than 150,000 people.

The Chief Executive Officer (CEO) of the Africa-Arab Investment Hub, Hajj Mukaila A. Akuamoah, said the council was focused on exploring issues around technology transfer to help train local experts and encourage private sector participation in the development of the country.

He said changing global dynamics made it imperative for Arab and African countries to partner and grow their various economies.

“There are opportunities for the prospect of higher growth and living standards for Africans working closely with Arab countries by promoting enhancement in trade between us,” Hajj Akuamoah, who is also the Executive Director of the Supreme Economic Council for Arab-African Economy in Ghana, said.

A Deputy Minister of Health, Mahama Asei Seini, said although intra-African trade had increased in recent years to 15.4 per cent, Asia and Europe still remained the main trading partners of the continent.

“The reasons for these not-too-encouraging statistics cannot be far-fetched because Africa generally has small, fractured and partly isolated markets, with low performance in trade indicators,” he said.

The deputy minister explained that the nature of African economies had contributed to significant economic development gaps, both between Africa and the developed world and among African countries.

He said the summit provided a unique opportunity for the Arab-Africa region and Ghana in particular to competitively integrate into the global economy by leveraging platforms such as the African Continental Free Trade Area (AfCFTA) for maximum effect.

Mr Seini said Ghana's trade and investment landscape had evolved into making the country the preferred destination for foreign direct investments (FDIs) and partnerships of various forms in many sectors of the economy.

Touching on health care, he said the Universal Health Coverage road map for Ghana (2020-2030) had been developed to complete the policy framework for health in Ghana till 2030.

He said the government was, therefore, providing health infrastructure and modern equipment at all levels of the health system for the benefit of the ordinary Ghanaian.

“The national philosophy, therefore, is an all-inclusive approach to delivering timely, high-quality health care without any financial burden at the point of use to all people living in Ghana.

“The Essential Health Services Package for Ghana (EHSP), which is the policy framework for the package of services to be delivered at all levels of health care along the Life Course Approach (LCA), has also been developed for use,” he said.