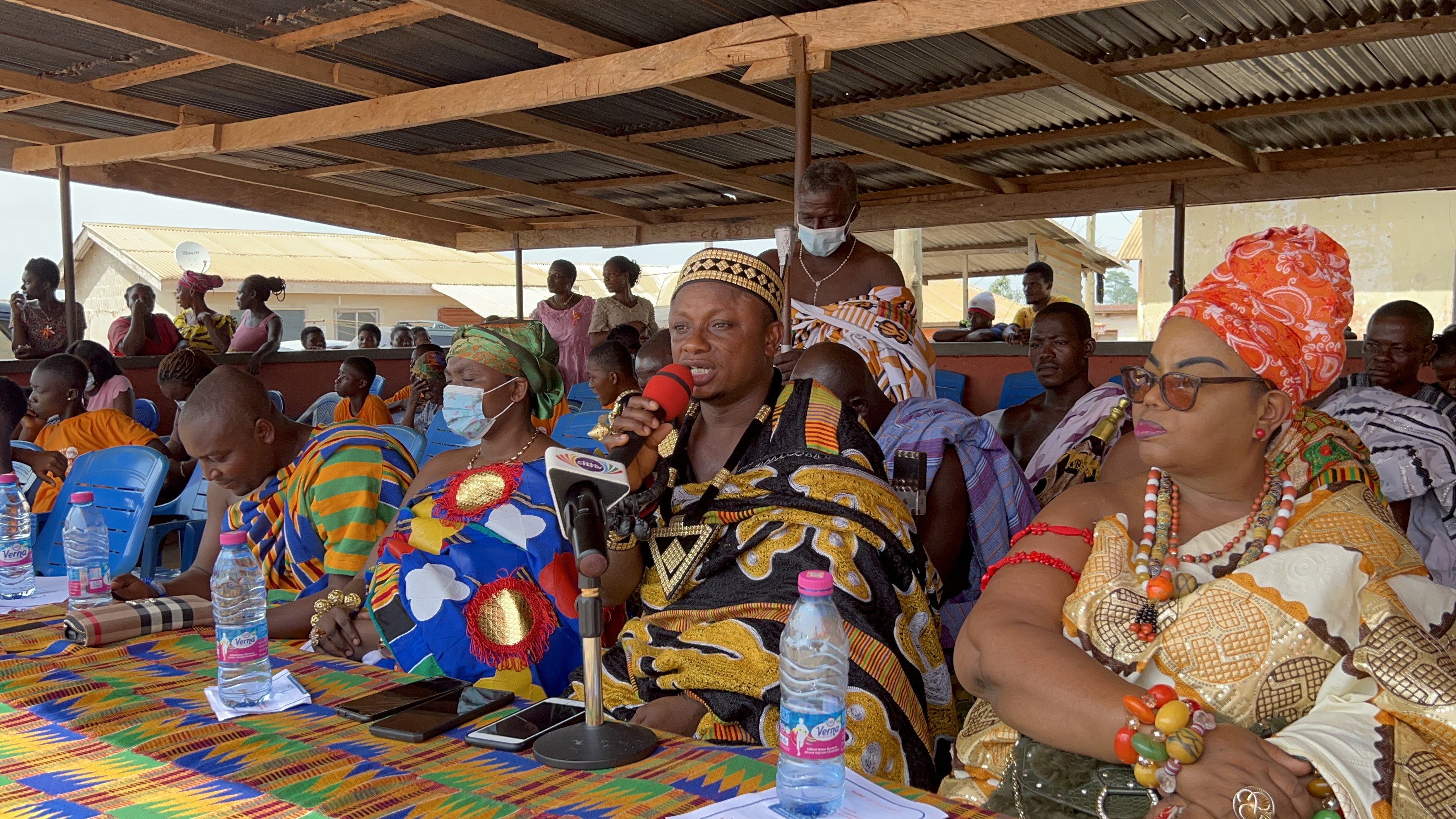 A programme to empower adolescent girls to speak up on issues of sexual and gender-based violence, teenage pregnancy and advocate for adolescent reproductive has taken off at Abura-Asebu Kwamankese (AAK) district in the Central Region.

The programme involves the formation of girls clubs, called the Community Orange Ambassadors who work with parents, traditional and religious leaders as well as teachers for the welfare of all adolescents particularly the girls in every community in the district.

It was the initiative of Mr. Elvis Morris Donkoh, the Member of Parliament (MP) for the area after participating in conference held in November this year, by the United Nations Population Fund (UNFPA) in partnership with the Parliamentary Caucus on Population and Development and the Young Parliamentary Forum on the teenage pregnancy menace in the country.

As part of the activities of the three-day conference, held at Cape Coast, the MPs interacted with teenagers, particularly adolescent girls during field trips and at a special forum with over 100 girls, during which they were confronted with the stark reality the factors causing a rise in teenage pregnancy in the region and the country as a whole. 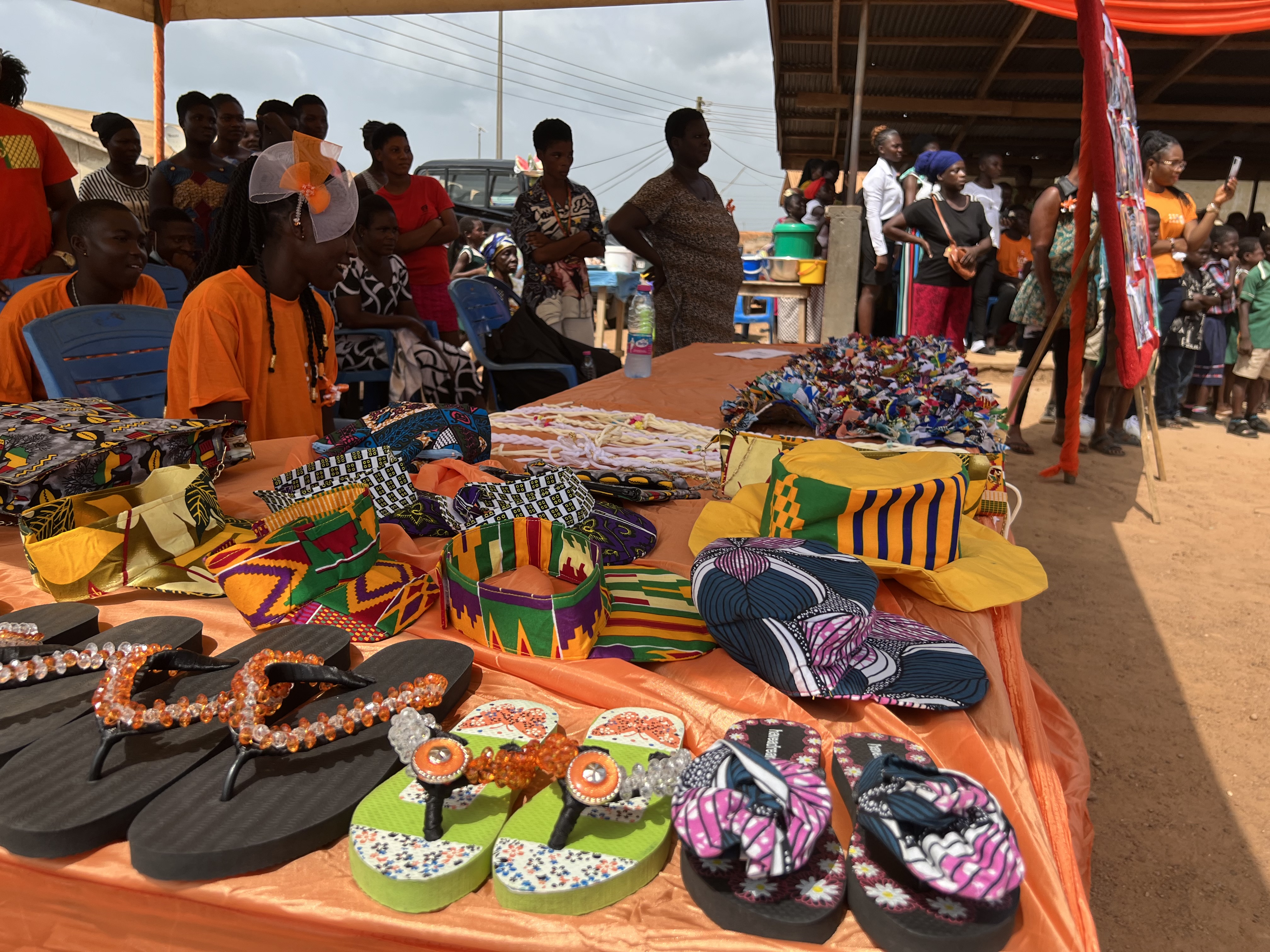 PHOTO: Some of the items produced by girls exhibited at the ceremony

The Community Orange Ambassadors Clubs, which started with 17 members barely a month ago, now has more than 150 members from 12 communities in the district.

It was on the theme: “Empowering young people to speak up on issues of Sexual and Gender based Violence (SGVB), teenage pregnancy and advocate for adolescent reproductive health.

Ms Lumor commended the young people for volunteering to be ambassadors in their communities.

She urged parents, religious leaders, assembly members and all community leaders to assist the young people to achieve zero teenage pregnancy, zero sexual and gender based violence (SGBV) and zero maternal death in the district.
She said that the UNFPA plans to partner with MPs all around the country to create similar adolescent groups to help curtail teenage pregnancy and SGBV.

Addressing the gathering, Mrs Marigold Justina Assan, the Central Regional Minister, observed that teenage pregnancy was becoming a vicious cycle and called for robust measures to curb the situation.

The Minister indicated that teenage mothers deal with the struggles of early motherhood and encouraged girls to focus on discovering their potentials and take advantage of the opportunities the world had to offer.

Mrs Assan commended the UNFPA and the MP for their efforts to minimise, if not stop entirely, teenage pregnancy and its related implications. 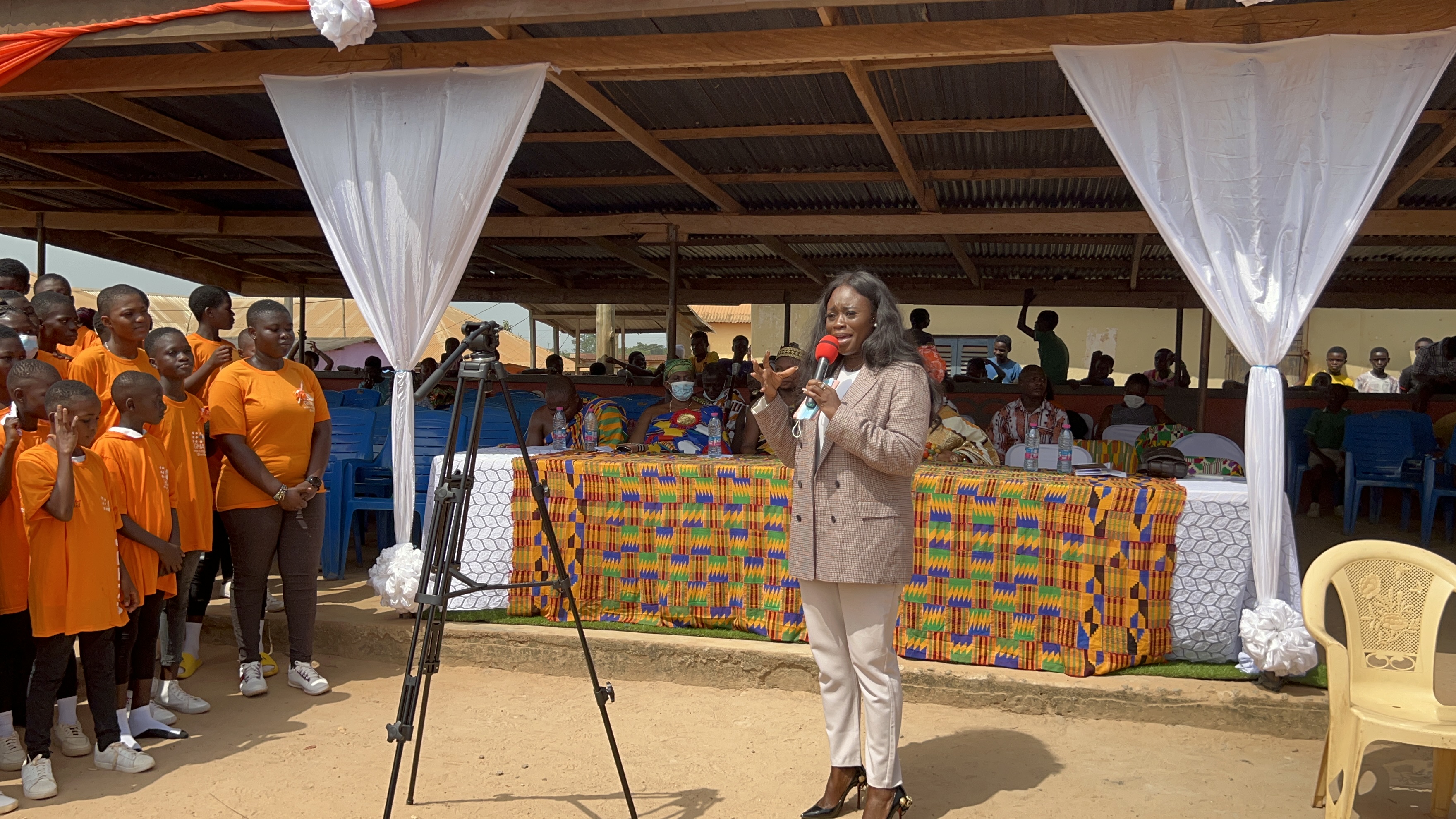 The Chief of Wiomua, Odiasempa Kofi Dadze II called on the community members, particularly, the teachers, to support the activities of the Community Orange Club members.

Noting that the community as a whole has the obligation to ensure the good of the children and adolescents, Odiasempa Dadze commended the parents of the club members for allowing them to participate in the programme.

He further advised parents to engage their adolescent children in communication related to their sexual relationships.

Ms Naomi Adjei-Konadu, the Coordinator of the Community Orange Ambassadors said the clubs meet once in a week to discuss ways to curb teenage pregnancy and deal with SGBV issues.

Ms Adjei-Konadu, who is also an Assembly Member of the Apewosika Electoral Area, said the Club members are also equip with skills and trained to produce income generating items.

The inaugural ceremony also saw a health screening for the public to check for Hepatitis B, Hemoglobin level, blood groups and glucose.