Young people must learn from their mistakes – Gayheart Mensah 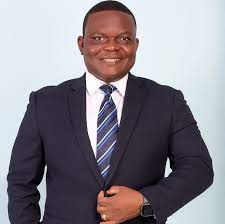 Young people must learn from their mistakes – Gayheart Mensah

A presidential aspirant in the Ghana Journalists Association (GJA) national elections, Mr Gayheart Mensah has expressed concern about the failure of young to learn from their mistakes.

Mr Mensah said he had observed that the youth of today see nothing wrong with being corrected on the same mistakes on a daily basis.

Speaking with host, Rev. Erskine on the Y-Leaderboard Series on YFM’s Myd-Morning Radio Show, he shared that when he was a writer with the Ghanaian Times Newspaper, he hated to see red inks in his writings, hence, his drive was that the next time he wrote, he should not have red inks in his script.

He said he made a conscious effort to improve daily till it got to a time that when he wrote, the news editor did not even look at it because she was confident that there would be no mistakes.

Per his observation, the quest to excel was extremely high back in those days.

“I look at people I work with today and the challenge is that no matter how many times you correct them, they come back with the same mistakes and I don’t think their pride is tainted when they have to be corrected with every sentence and every paragraph”, he said.

He advised the youth not to take things for granted and constantly seek opportunities to learn and improve their skills.