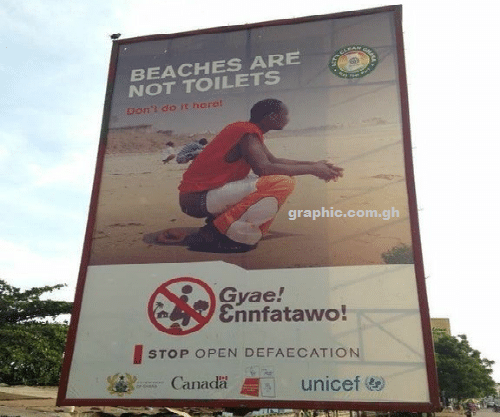 The Yendi municipality in the Northern Region has received a special honour for teamwork and excellence after it attained 60 per cent district-wide open defecation free (ODF) status.

The award was handed to the municipality at the launch of the seventh ODF league table in Tamale.

Out of the municipality’s 241 communities, 145 have attained full ODF status, with 96 communities yet to reach the target.

Acknowledging the gains in the effort to reach full ODF status in the municipality during the assembly’s ordinary meeting, the Yendi Municipal Chief Executive, Alhaji Hammed Abubakari Yusuf, said although the national target of reaching ODF was December 2019, the target for the Yendi municipality was November 2019.

He urged the people of the municipality to support the effort to rid the system of open defecation by sensitising community members to construct household latrines to improve sanitation in the area.

He said as of June 2019, the assembly had collected just GH¢344,901.58, thereby requiring pragmatic efforts to mobilise enough revenue for the development of the municipality.

He said the Planting for Food and Jobs programme had run smoothly in the municipality since the beginning of the 2019 farming season, with 34,760 mini bags of fertilizer, 920 kilos of rice, 166 kilos of maize and 225 kilos of soya beans being received for distribution to the relevant farmers for the planting season.

He said concerning the free senior high school (SHS) programme, the government, through the Ghana Education Trust Fund, had awarded a contract for the construction of classroom and dormitory blocks at the Yendi SHS to eliminate the double-track system.

In his welcome address, the Presiding Member of the assembly, Mr Ibrahim Abu Zolge, expressed the gratitude of the people of the municipality to President Nana Addo Dankwa Akufo-Addo for mustering courage and providing resources to perform the funerals of Ya Na Mahamadu Abdulai IV and Ya Na Yakubu Andani II and the subsequent installation of Ya Na Mahama Abukari II as the new King of Dagbon.