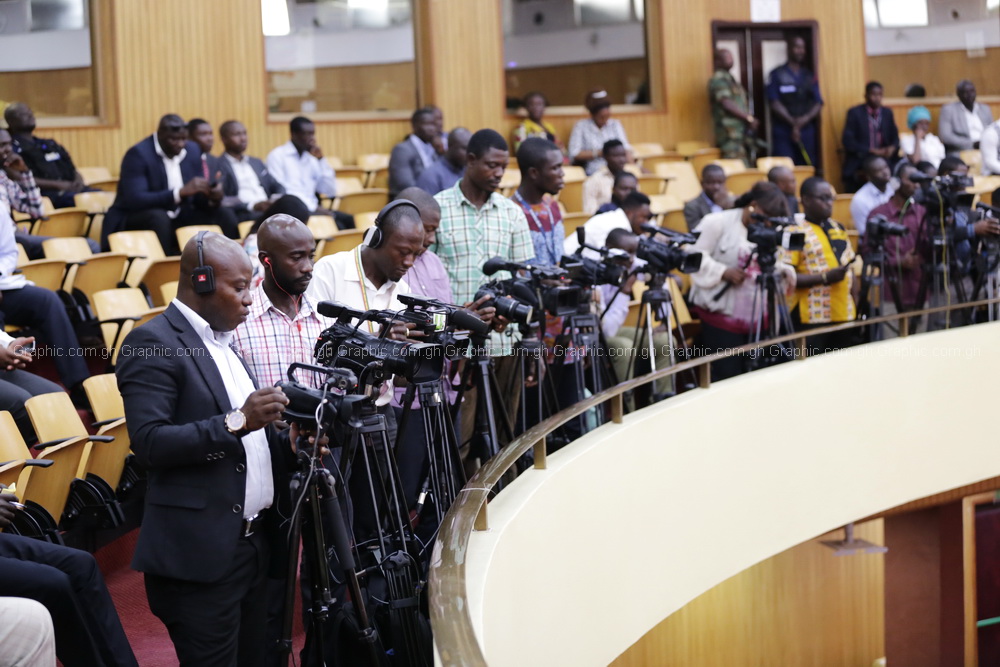 Representatives of the world media have converged on Windhoek, Namibia, to commemorate this year's World Press Freedom Day (WPFD).

This year’s commemoration marks the 30th anniversary of the Windhoek Declaration, developed by African journalists who pressed for a free, independent and pluralistic African press at a seminar organised by the UN and UNESCO in Windhoek in 1991.

The declaration also triggered the proclamation of May 3 as World Press Freedom Day by the UN General Assembly.

As part of WPFD commemoration globally, a five-day global conference, which opened last Wednesday, will be climaxed on May 3 with an awards ceremony.

The event is being hosted by UNESCO and the government of Namibia.

Among the delegates attending the event in person are major stakeholders and heads of national bodies for the media, including the President of the Ghana Journalists Association (GJA), Mr Affail Monney.

Mr Monney is also attending the event as the representative of the Federation of African Journalists, of which the GJA is a member.

The theme also recognises the changing communications system that is impacting health, human rights, democracy and sustainable development in countries across the world.

Threat to the media

Mr Guterres called on countries to support the newly established International Fund for Public Interest Media, particularly to secure the future of independent media organisations in low and middle-income countries.

“We cannot afford to let this happen,” the UN Secretary-General said in a pre-recorded message.  “Maintaining independent, fact-based reporting is an essential global public good, critical to building a safer, healthier and greener future.”

Mr Oppong Nkrumah, in his address, told participants that the “infodemic” had only added to the economic woes which the media were facing.

“As people manufacture false materials and throw them out there, and as media revenues are cut and, therefore, the levels of professionalism that you require have a tendency to suffer, the compounding effect is that the credibility of media outlets is threatened, specifically when they begin airing some of these misinformed or fabricated materials over and over again,” he said.

More than 40 online and on-site sessions are scheduled to be held during the conference, including three thematic discussions on issues currently affecting media viability, the transparency of online platforms and ways to strengthen media and information literacy.

The President of Namibia, Hage Geingob, and the UNESCO Director-General, Audrey Azoulay, will address the conference on May 2, along with senior African government officials and UN Secretary-General Guterres (through a video message).

Keynote speeches and interviews with over 250 world-renowned journalists, media and technology leaders, experts, policymakers and activists will be held during the event, which presents an opportunity for registered participants to network and interact with speakers and access an offering of podcasts, films and artistic contributions on a conference online platform.

The awards ceremony of the UNESCO/Guillermo Cano World Press Freedom Prize will take place on May 2 as part of the conference.

The $25,000 prize honours a person, organisation or institution that has made an outstanding contribution to the defence or promotion of press freedom, especially in the face of danger.

It is named after Guillermo Cano Isaza, the Colombian journalist who was assassinated in front of the offices of his newspaper, El Espectador, in Bogotá, Colombia, on December 17, 1986.

It is funded by the Guillermo Cano Isaza Foundation (Colombia), the Helsingin Sanomat Foundation (Finland) and the Namibia Media Trust.

This year's recipient, following the recommendation of an international jury of media professionals, is the investigative journalist and media executive, Madam Maria Ressa of The Philippines.

During a career spanning more than 30 years, Ressa has worked as CNN’s lead investigative reporter for Asia and the head of ABS-CBN News and Current Affairs. She has also been involved in many international initiatives to promote press freedom.

In recent years, she has been the target of online attacks and judicial processes relating to her investigative reporting and status as manager of online outlet Rappler. She has been arrested for alleged crimes related to the exercise of her profession and has been subjected to a sustained campaign of gendered online abuse, threats and harassment, which at one point resulted in her receiving an average of over 90 hateful messages an hour on Facebook.

In Ghana, the day will be marked on Tuesday, May 4, 2021, with the GJA, in collaboration with UNESCO, holding a symposium and flag-raising ceremony at the Ghana International Press Centre in Accra.

A GJA statement said the event would be chaired by the Chairman of the National Media Commission, Mr Yaw Boadu-Ayeboafoh, with the Minister of Information, Mr Kojo Oppong Nkrumah, as the Guest of Honour.