“Work towards Visa on Arrival for all Africans instead”, The Team Africa advices AU 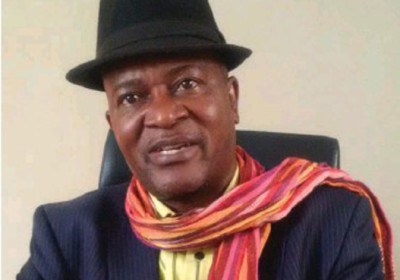 The Pan African Travel Association, The Team Africa has called on the Africa Union (AU) to work towards ensuring that all of its member countries will implement the policy of visa on arrival for all citizens of the continent.

While commending the efforts of the AU on efforts the leadership of the organization has been making to bring about seamless travel within Africa for Africans, it advised that it would be easier to implement visa on arrival for all Africans than the recently launched African passport.

In a statement issued by The Team Africa (TTA) and signed by its leader Ikechi Ukoh, the association noted that the new African Passport launched at the AU annual General Assembly in Kigali for Diplomats as a way of bringing to the fore the issue of free and easy movement within the continent was commendable.

However, members of The Team Africa discussed the issue exhaustively and agreed that in as much as the launch of the AU document is noteworthy, it is more “symbolic as it has no real value as of now.”

“Ghana recently joined Rwanda and Seychelles in implementing visa on arrival (VOA) for all Africans and it has taken off successfully.  The Team recommends this route as a faster way of integrating Africa while discussions on the modality of how implementation of the AU Passport is being worked out between nations continues,” the statement said.

The statement further pointed out “the difficulty of implementing the Yammousokro decision to open African skies for aviation which has not been implemented since 1999.

According to the AU chairperson, Dr. Dlamini Zuma, this delay in implementing an AU decision since 2003 has cost Africa 40 per cent market share in aviation on the continent. So the implementation of the African Passport may face similar difficulties,” TTA argued.

The group again pointed out that the “ECOWAS region was the first to launch free movement protocol among the 15 countries with little or no negative impact despite the huge population within the region. Recently, regional blocs in the East and South of Africa have all implemented free movement protocols for regional citizens with no negative fallout. Some regions have even implemented joint visa for the regions like the EAC Tourism Visa for 3 countries in East Africa,” the statement added.

The group was convinced that the next linkage may be free movement protocols between the regions. “ECOWAS and the EAC group can sign an MOU and bring this about long before the targeted date of 2018 for AU Passport launch for citizens,” the statement advised.

The Team Africa is an association for players in the travel and tourism industry in Africa. Its major role is to encourage travel within Africa for Africans as most Africans do not travel much within the continent. TTA was formed in Kigali, Rwanda in 2015 and has since grown to include practitioners across the travel and tourism value chain from over 15 countries. Its landmark project is the expected launch of the search for the 21 wonders of Africa.

The TTA statement also touched on visa fees as another issue of interest in Africa. “As Uganda drops visa fees from $100 to $50, which is commendable, some Africans still pay close to $200 for visas within Africa and TTA believes that the AU should assist members to establish a uniform fee for visas for African Travelers,” the statement added.