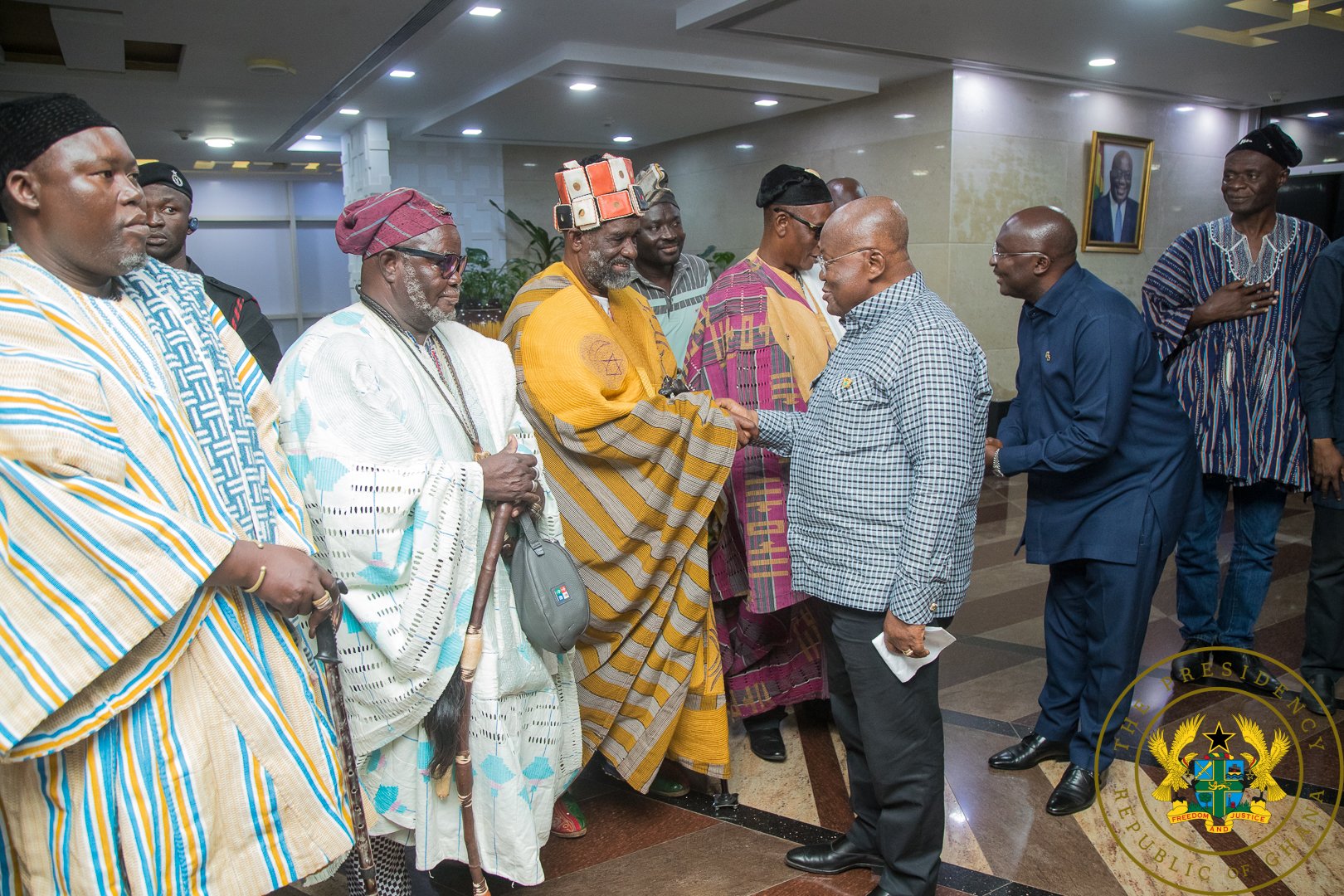 President Nana Addo Dankwa Akufo-Addo has admonished the chiefs and people of Dagbon to work together to find a worthy successor to the late Mion-Lana, Mahamadu Abdulai V.

He said that was one of the best ways “we can pay tribute to him and honour his memory”.

“It is my hope that when the funeral rites are concluded, all will co-operate to find a worthy successor to him as Mion-Lana,” he added.

The President made the call when a delegation from the Overlord of Dagbon, Ya-Na Abukari II, called on him at the Jubilee House last Thursday to inform him of the death of the Mion-Lana.

Expressing sadness about the passing of the Paramount Chief, the President said the Mion-Lana was a young man who had a good heart and a lover of his people.

“He was a respectful and obedient Chief to his Overlord, and who was determined to do his bit to advance the welfare of the people of Dagbon,” President Akufo-Addo added.

He expressed his deep and sincere condolences to the Ya-Na, the family of the late Mion Lana and the people of Dagbon.

He has since been laid to rest at Sambu, the traditional capital of Mion.

He left behind four wives and 12 children.

Known in private life as Mahamadu Abdulai, the late Mion-Lana was born in 1974.

He was enskinned at the Gbewaa Palace in Yendi on March 3, 2019, following the accession of Ya-Na Abukari II as the Overlord of Dagbon.

He was the first son of the late Ya-Na Mahamadu Abdulai IV.

The late Mion-Lana was 14 years old when his father died, and was accordingly enskinned the Bolin-Lana of the Abudu Royal Gate.

A Spokesperson at the Mion-Lana’s Palace, Dr Mahama Nantogma, in an interview with the media, described the death of the chief as a big blow to the Abudu Family and the entire Dagbon Kingdom.

"We least expected his untimely demise; he was a young and revered chief we were mentoring to take up the Dagbon ‘Namship’ one day.

“He had the best advisors and doctors, but what God has ordained will happen," he said.

Dr Nantogma expressed appreciation to the government for offering the late chief all the necessary support and care in a bid to to ensure his speedy recovery.

According to him, funeral arrangements would be announced soon.