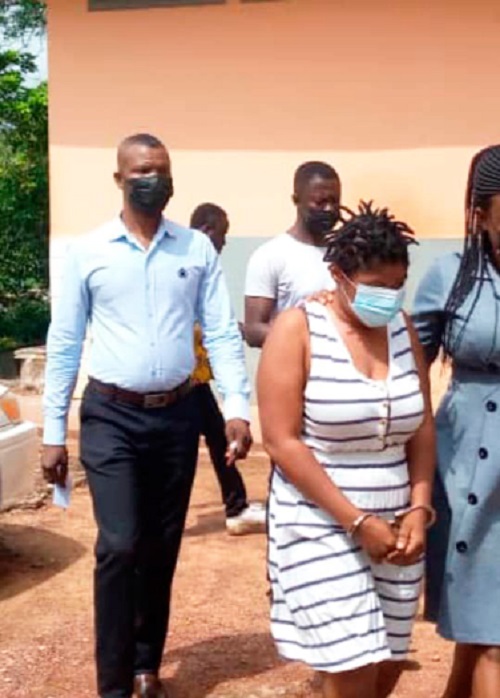 She pleaded guilty on two counts of deceit of a public officer and publication of false news, and the court, presided over by Mr Michael Ampadu, convicted her on her own plea.

The two sentences are to run concurrently, meaning she will spend six years in jail.

The court was told that Joana faked her kidnap last Friday and demanded a ransom of GH¢5,000, but soon confessed that it was a hoax when the police got involved.

She was subsequently arrested.

The police had said that Joana conspired with two other persons to feign her kidnap and then demanded a ransom from her adopted father.

The adopted father reported her supposed kidnap to the police, and when a frantic search for her commenced, she showed up at the Takoradi Central Police Station the next day only to claim that it was a prank on her adopted father.

The two other suspects were initially arrested but later released when investigations could not establish their involvement.

Before passing judgment, the presiding judge said Takoradi had become synonymous with kidnapping to the extent that once Takoradi was mentioned, kidnapping came to mind.

The mere threat of kidnapping, Mr Ampadu said, would destroy Takoradi if nothing was done to halt it, adding that the case of the four girls who suffered the fate and were said to have died was still fresh in the mind.

The judge said Joana wanted to personally benefit from kidnapping, and that her claim of it being a prank dented the image of Takoradi for which reason the deterrent sentence was required.

Nonetheless, he said he dealt with Joana leniently because of her remorseful posturing during her appearance.