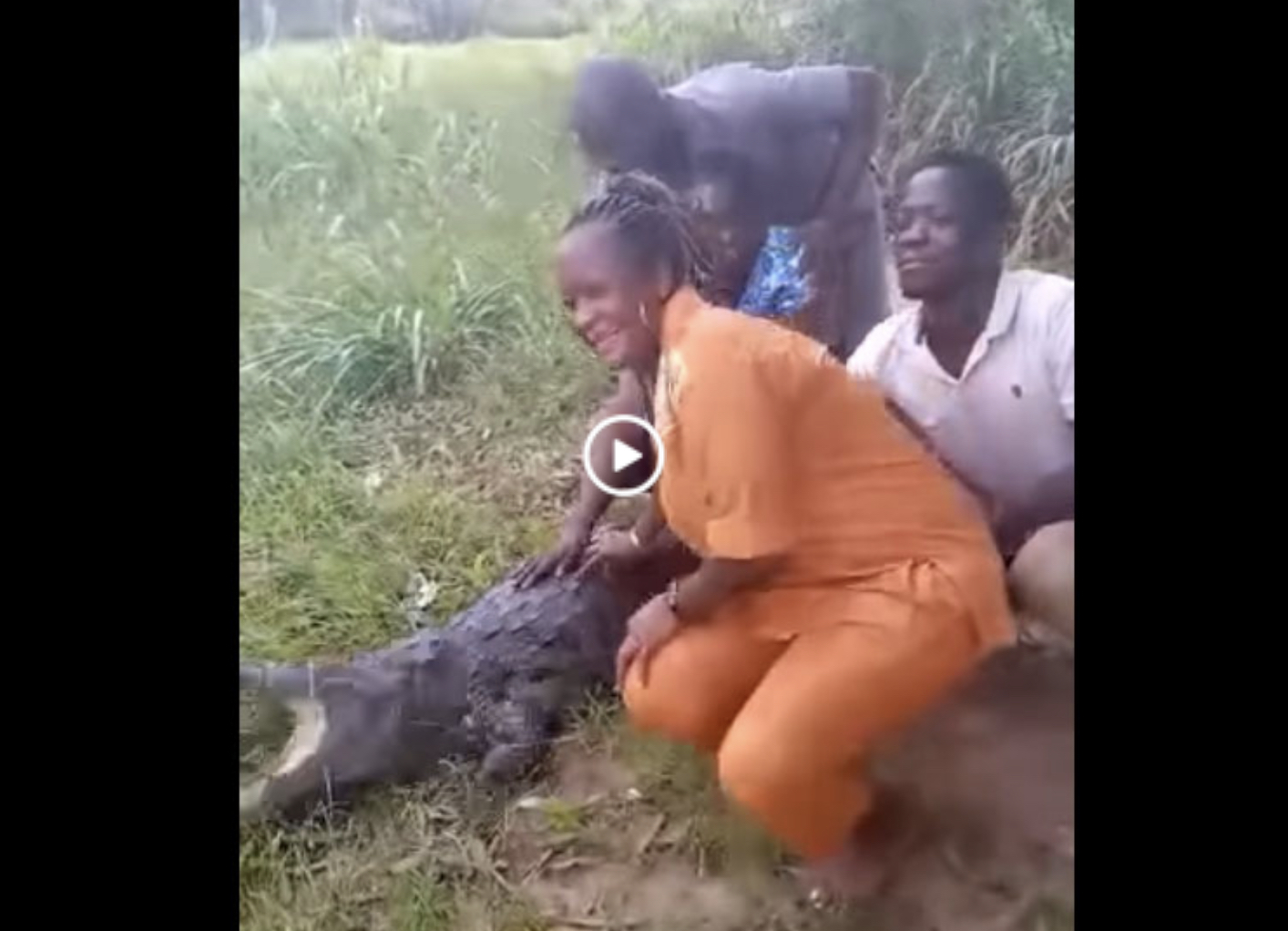 It has been clarified that the female tourist who was attacked by a crocodile at Ave Dakpa in the Akatsi North District of the Volta Region sustained a minor injury and currently doing well.

She was sent to the hospital, received treatment and was discharged same day.

Meanwhile the Akatsi North District Assembly has initiated investigations into the crocodile attack on the tourist, reports Graphic Online’s Mary Anane-Amponsah from Ave Dakpa in the Volta Region.

The Akatsi North District Assembly in charge of the Ave Dakpa crocodile pond has said it was investigating the circumstances that led to the attack on some tourists by a crocodile during a visit to the area.

The District Chief Executive for the area, Dr. Prince Amuzu told Graphic Online’s Mary Anane-Amponsah that, "We were alarmed when we saw the video and wondered when it happened.”

“But after our investigations we discovered that the incident happened before the [Christmas and New Year] festive period and the victim luckily did not sustain any serious injury," he said.

The alarming nature of the video caused the assembly to start investigating how and when it happened, he added.

He said due to the huge concern raised by the public, the assembly would be issuing a statement to explain the details of the incident to the public.

In the said video that has gone viral, a female tourist who was part of a group that visited the place was attacked by a crocodile when they massed up around it and attempted to pose for a picture.

From the video, the swift attack by the crocodile on the female tourist resulted in other tourists taking to their heels.

Because the video is incomplete there is the assumption that the victim might have had an arm or hand bitten off or sustained serious injuries.

However the DCE said the woman who was sent to the clinic for medical attention has since received treatment and discharged.

“She was not even admitted. It was a minor injury and she is very fine," he said.

According to him, they were still following up on persons who were at the scene to aid further investigations.

Dr. Amuzu said since the place was opened to the public as a tourist site, it has been a very safe place one could visit.

“We have spent a lot to establish this project and therefore the safety of visitors and tourists were paramount to us and therefore would not jeopardise that," he added.

Click this link to watch the video of the attack