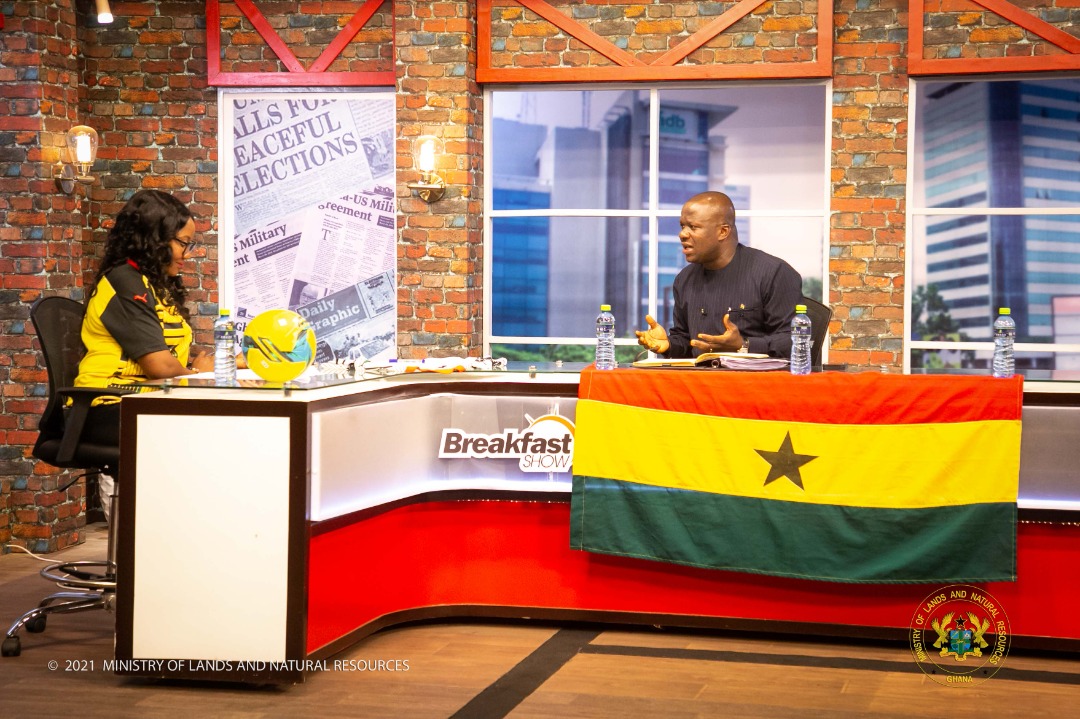 The Minister of Lands and Natural Resources, Mr Samuel Abu Jinapor, has said the government is enhancing the prosecutorial regime aimed at protecting the environment.

He said lands and natural resources of any country constituted its totality and ought to be protected and managed for the benefit of the people.

The minister said the Office of the Attorney General, under the Criminal Mining (Amendment) Act, 2019 (Act 995) had taken legal action against a number of individuals and organisations which flouted the law and punished those found guilty.

“The government will, therefore, not relent in its efforts to sanitise the lands and natural resources sector through appropriate policies and regulations,” he said.

The minister said the commitment of President Nana Addo Dankwa Akufo-Addo to ensure the sustainable and efficient management of the lands and natural resources of the country, anchored on integrity and transparency was total and unflinching.

“I want to give the assurance that the government will be relentless, totally committed, and enhance all the measures that have been put in place to come to grips with the matters of illegal mining,” he stressed.

Mr Jinapor observed that the menace of illegal mining was an age-old problem that predated the Fourth Republic adding that although the illegal mining still persists, the government, through the Ministry of Lands and Natural Resources and its agencies, has worked to bring the situation reasonably under control.

He added that the government’s interventions in that area had largely been two-fold, regulatory and enforcement.

On enforcement, he said, some of the policies being implemented by the government included the declaration of water bodies and Forest Reserves as Red Zones for mining, the ban on reconnaissance, prospecting and/or exploration for minerals in Forest Reserves, the introduction of Operation Halt II, the tracking of earthmoving equipment and machines for mining, among others.

The Minister emphasised that the government was not against small scale mining, but wanted it to be carried out in a legally regulated way.

To this end, he stated, the government had developed a Manual for Community Mining Scheme, which sought to ensure that community mining was done in an environmentally sound manner adding that the manual required that Community Mining Schemes had sick bays, changing rooms, concurrent reclamation and revegetation, functioning offices, and environmental officers on site.

The Minister said the Regional, Municipal and District Security Councils had been tasked to led the fight in their various jurisdictions, to be supported by the national taskforce as and when the need arose.

He underscored the need for the involvement of communities in the fight as the communities bore the brunt of the consequences of the illegal mining activities.

Touching on lands, the Minister opined that the consequence of a poorly regulated land sector was a serious as illegal mining adding that “we are committed to building a robust, efficient and effective land administration that is anchored on integrity.”

Mr Jinapor said the Government is therefore investing in technology at the Lands Commission to ensure we achieve this vision.

“Some of these technological reforms has resulted in the Lands Commission moving some of its services, including searches, online, and introducing composite search at the Commission to replace the searches at the different Divisions of the Commission,” he said.

He said the Commission was also implementing a digitisation programme that would see to the digitalisation of the records of the Lands Commission.

Mr Jinapor added that the government was doing this through policies like the Green Ghana Project, the ban on harvesting and export of Rosewood, and the ban on commercial production of charcoal in some parts of the country.

He called on all well-meaning Ghanaians and residents of Ghana to support the Government’s afforestation Programme, particularly the Green Ghana Project, which will see to the planting of at least, 20 million trees this year.