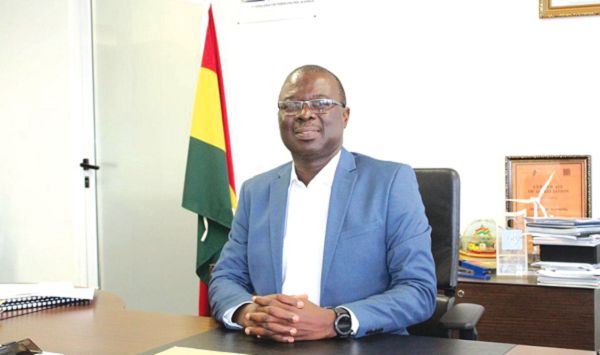 The Chief Executive of the Volta River Authority (VRA), Mr Emmanuel Antwi-Darkwa, says the company fully supports the Green Ghana Project (GGP) as the tree planting exercise is not just an important national event, but a fundamental anchor of the company’s strategy.

He said a healthy environment had a direct impact on VRA’s operations, hence the company had vested interest in ensuring that the environment was protected and replenished.

Leading the VRA team to join other companies and organisations in the Western Region to part take in the nationwide tree planting exercise last Friday, Mr Antwi- Darkwa, explained that the initiative affirmed VRA’s afforestation programme “Volta Gorge Reforestation (VGR) Programme”, which started in 1994 to serve a similar purpose the GGP intiative sought to achieve.

In an address read on his behalf by the Director, Thermal Generation at the Aboadze plant of the VRA, Mr Edward Obeng-Kenzo, the Chief Executive said the VGR programme which had been sustained to date, aimed at forest cover restoration through the protection of the existing vegetation and restocking of all degraded lands either by enrichment planting or by full plantation development.

The project, initiated by the Ministry of Lands and Natural Resources and the Forestry Commission (FC), rallied Ghanaians to plant more trees to preserve and protect the country’s forest cover and the environment.

It was also to commemorate World Forest Day and it received  an overwhelming response from corporate bodies, chiefs, educational, religious institutions, and individuals, in the Western Region.

Among the organisations were the GNPC, Electricity Company of Ghana(ECG), staff of the Forestry Commission as well as the political heads of the various municipalities and districts and the traditional leaders.

The VRA held the exercise, also as part of its 60th anniversary celebrations. Mr Antwi-Darkwa said the main objective of the GGP of getting people to plant five million trees nationwide, integrated well into his orgranisations environmental sustainability event which was on the  theme: “[email protected]: Investing in the Greening Ghana Initiative for Energy and Environmental Sustainability”.

Mr Antwi-Darkwa explained that as part of the VGRP, the VRA had so far covered a substantial amount of area with new vegetative cover consisting of both plantation and natural forest.

“It is worthy to note that the VGRP consists of 23 reforestation projects which are being implemented in 23 riparian communities along both the Eastern and Western banks of the Volta Gorge in the Asuogyaman District.

He said as a public utility, which manages a watershed that is extensive, the Chief Executive said VRA was proud to be associated with the initiative by the government.

In Ellembelle District, the District Chief Executive, Mr Kwesi Bonzo, commended the public for the overwhelming support and gave an assurance that the tree would be protected to ensure they grow well and serve its purpose.

At the Tarkwa Nsuaem, another company Liebherr supported the initiative by sponsoring the planting of economic trees to help in fruit production and beautification of the city.

The District Manager of the Forestry Commission, Mr Charles Nketsia, said its 59 planting centres in the region were duly allocated enough for all and that it targeted 250,000 seedlings for the regions.

The Regional Minister, Mr Kwabena Okyere Darko-Mensah said the project was another laudable one, saying, “tree planting would continue even after this exercise and said “we will ensure that the trees planted in the region grow into maturity to make Ghana and the region green.”