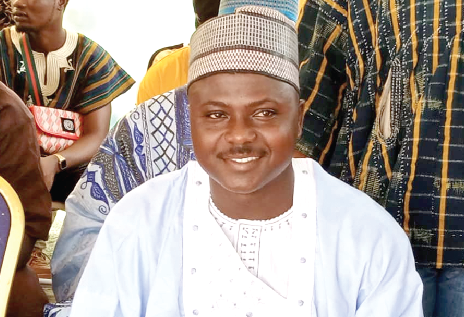 A newly installed Chief at Kasoa in the Central Region, Mr. Tajudeen Ibrahim Larry, has called on residents to volunteer information to assist the Ghana Police Service to smoke out suspected criminals in the area.

According to him, many suspected criminals had taken advantage of the cosmopolitan nature of Kasoa to engage in criminal activities against innocent residents which was scaring away investors and tourists.

He said “it is important that residents provide key information to the police to flush out suspected criminals from the area to enable the residents to go about their normal activities without fear”.

Mr. Larry made the call in an interview with journalists after being installed as the Asomdweehene, which literally means ‘Sarkin Peace’ for Kasoa New Town and its environs at a colourful ceremony.

The new chief is the Chief Executive Officer (CEO) for Larry Security Company, a Kasoa-based private security company as well as a real estate developer.

He noted that the fight against crime had become sophisticated and that both residents and the security agencies had roles to play towards improving security in the area for the benefit of all.

Mr. Larry said the police service was overstretched in the fight against criminal acts and that the onus lay with residents to provide leads to the police towards arresting suspected criminals in communities.

“It is an open secret that the police service cannot be everywhere and that it is the responsibility of residents to provide them with tip-offs to be able to smoke out criminals in the communities,” he pointed out.

He called on the people to be security conscious at all times to be able to escape from criminal attacks, saying “as residents you should be particular about your personal safety in order to foil attacks on you”.

Setting up of security team

He noted that residents, who were encountered after 10 p.m. during the security team’s daily patrols and were unable to explain why they were loitering about, would be arrested and handed over to the police.

“We believe that such an intervention would go a long way to reduce crime and other social vices in the area to the barest minimum so that residents could freely go about their normal duties”, Mr. Larry said.

Additionally, he promised to assist many unemployed youth to get jobs so as to reduce criminal activities in the area, and further lauded the Member of Parliament for the Awutu Senya East Constituency, Madam Mavis Hawa Koomson, for her numerous efforts towards the growth of the constituency.

For his part, the Chief of the area, Alhaji Mustapha Mohammed, called on the youth to rally behind the traditional leadership to improve the conditions in the area for their ultimate benefit.