VIDEO: How a caregiver maltreated baby who died later 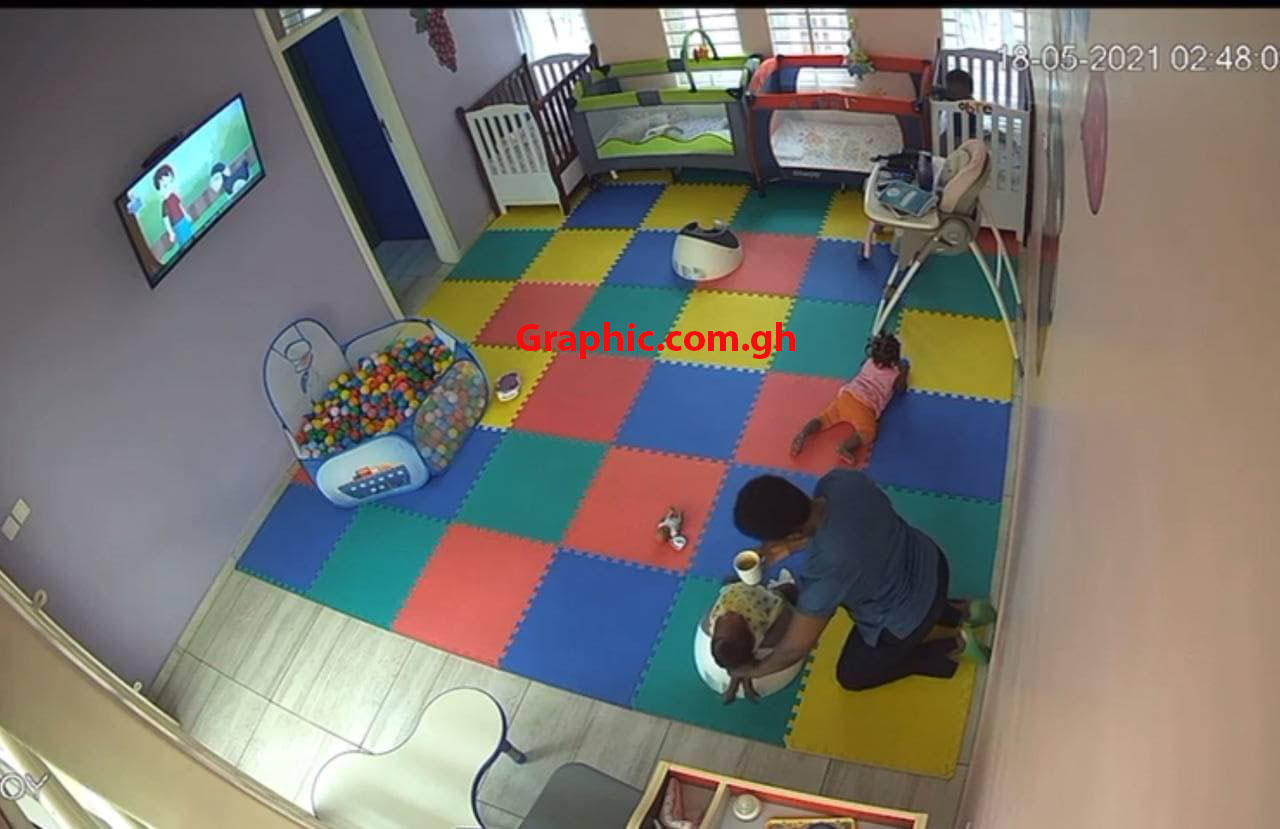 VIDEO: How a caregiver maltreated baby and led to death Follow @Graphicgh

The police have nabbed a caregiver at a crèche in Accra who vented her anger on an 11-month-old baby girl and allegedly killed her while feeding the baby.

The caregiver, Clara Ayani-Ampah, 54, was arrested after a closed circuit television (CCTV) camera installed in the room at the Happy Bloomers Creche at Agbogba exposed the dastardly act, following a complaint the parents of the baby girl lodged over the death of the child.

The baby was pronounced dead at the North Legon Hospital where she was rushed by managers of the creche.

The CCTV video cited by Graphic Online showed the victim in a neatly decorated classroom with two other babies.

One of the babies was standing in a baby's cot, while the other was lying on the floor, unattended to, with little Allegra sitting on a stool.

In the video, Clara was seen leaving the classroom, returning shortly with a cup and also cleaning the floor with tissue.

She was later seen trying to force porridge in a cup into the victim’s mouth, while holding the baby's hands tightly behind her.

Clara was also seen pushing the baby's head into the cup in an attempt to get the little girl to drink the porridge, while the helpless baby, who appeared to be suffocating, screamed and threw her legs into the air ferociously.

The Public Relations Officer of the Accra Regional Police Command, Deputy Superintendent of Police (DSP) Mrs Effia Tenge, said a docket on the case had been forwarded to the Attorney General's Department for advice.

She said on May 18, this year, the victim’s father reported to the Agbogba Police that the management of the school had called him to inform him that his daughter was sick and had been taken to the North Legon Hospital, where she was pronounced dead on arrival.

A team of police investigators went to the hospital, examined the baby’s body and took it to the Police Hospital morgue.

An autopsy was later conducted on the body, but the report was yet to be made available to the family, she said.

The Proprietress of the school, Mrs Christiana Atta Kumah, later handed over a CCTV of the day's activities in the school to the police, which revealed how Clara had handled the baby.

The body of the victim has since been released to the family for burial.

The body of the victim has since been released to the family for burial.