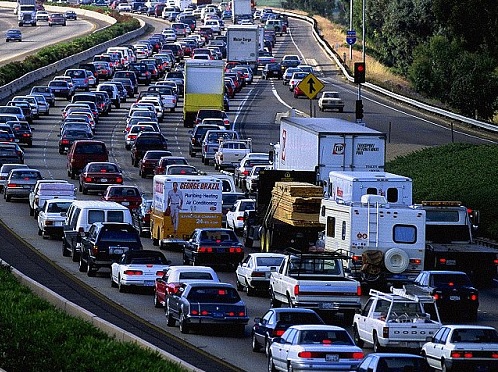 The Department of Urban Roads is undertaking a road intersection improvement project on some roads in both the Greater Accra and Greater Kumasi areas to ensure the smooth flow of traffic.

It includes the signalling (mounting of traffic lights), asphalt overlays, installation of direction signs and widening of intersections depending on the areas that require them in order to improve the flow of vehicles.

The improvement works are expected to be completed by March this year.

The Director of the Department of Urban Roads, James Amoo-Gottfried, told the Daily Graphic that the department had identified a number of intersections it was trying to improve and that they were locations on the roads that were bad and were affecting the smooth flow of vehicles to avoid delays.

“Basically, what we are doing is that there are certain locations in our network that are bad and it is affecting traffic flow; people will have to slow down when they get to those places before they can cross a junction and that causes a backlog behind them. What we are trying to do is to identify all those ares to improve upon them so that you are not delayed because the roads are bad,” he said.

The improvement project, the director of urban roads said, was under the Accra Intelligent Traffic Management Project, which had three major components, including the Beach Road Lot 1 and the Beach Road Lot 2, which is the Nungua Interchange.

“This is an intersection improvement programme under that project. So we have identified a number of intersections that we are trying to improve upon and most likely signalise if we don’t have traffic lights already to make them more efficient than they are now,” he said.

Mr Amoo-Gottfried said the department had realised that the areas identified “are the locations that cause delays on the network so once you improve upon them, it is likely that we will get better flow”.

He said the work was on the small sections of the road because of the stress on them, causing them to deteriorate.

In the case of Accra, Mr Amoo-Gottfried said the work was going to be undertaken on other major roads as well to put them in a better condition.

He said the traffic volumes at junctions, the breaking and the starting of vehicles at those sections of roads caused more deterioration at those places as a result of the frictions there.

“Because we have to stop for others to join, whether it is signalised or not, there is likely to be more movement and more friction there, so most of the junctions need to be periodically improved upon to make sure that the entire length is good enough,” he said.

Asked whether or not they were working day and night, he said it depended on the location.

“We prefer working in the night for highly trafficked areas so that we don’t inconvenience the people that we are trying to serve,” he said.

He said the roads were reasonably good but sections were bad and “we would fix the portions that have deteriorated to make the entirety network good”.