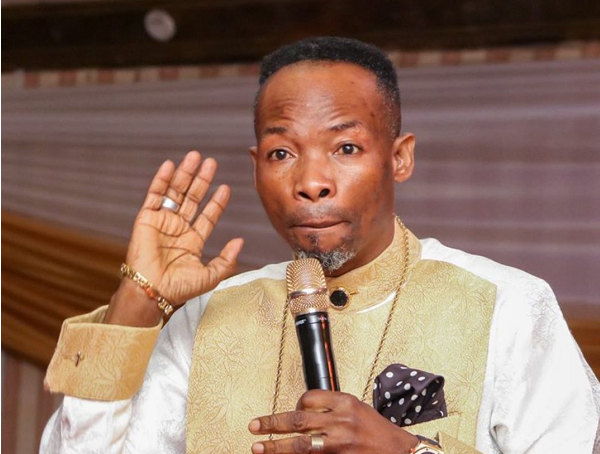 The General Overseer of Alive Chapel International, Archbishop Elisha Salifu Amoako, has described this year as a moment of restoration for Ghana and urged people from all political persuasions to unite and rally behind the President.

According to him, leaders of many nations including those in West Africa would be pointing fingers at Ghana and admiring it; indicating that God was going to make the nation greater and urged Ghanaians to continue to pray for it.

Archbishop Amoako who was speaking in an interview with the Daily Graphic at his office in Accra, noted that "God will turn his eyes on Ghana and do greater things for the country”.

Earlier, the Archbishop had led his congregation to pray fervently for the country and its leaders. They also prayed for the economy, security and prosperity of the nation.

Archbishop Amoako commended President Akufo-Addo for always resorting to God in times of good and misfortune and said just as he called for national prayer at the onset of the COVID-19 pandemic, the President should again call for a national day of prayer for himself and the country.

He said just as how God listened to the prayers and spared the country from the claws of the pandemic, all men of God must join in the national prayers for the President and the nation and “it shall surely be well with the country”.

He explained that since peace was a critical prerequisite for any accelerated development, Ghanaians, especially people from different political affiliations should always place the peace and unity of the country at the centre of everything they did.

Archbishop Amoako said it was incumbent on all Ghanaians to put their shoulders to the wheel and support the national cause so that together they could realise the promise of prosperity and development that God had placed on the country.

He admonished the leadership of the New Patriotic Party (NPP) to also lend a helping hand in the activities, policies and programmes of the President so that together they would help in ensuring that the President’s vision of securing a prosperous country was realised.

Archbishop Amoako pleaded with former President John Dramani Mahama as well as the leading members of the National Democratic Congress (NDC) to impress upon their supporters to resort to the use of non-violent means in seeking redress to their concerns about the elections.

He said the supporters of both NDC and the NPP must realise that they were Ghanaians first before any political affiliation and the country Ghana was more important than their political parties’ interest; explaining that “we should not allow politicians to divide us”.