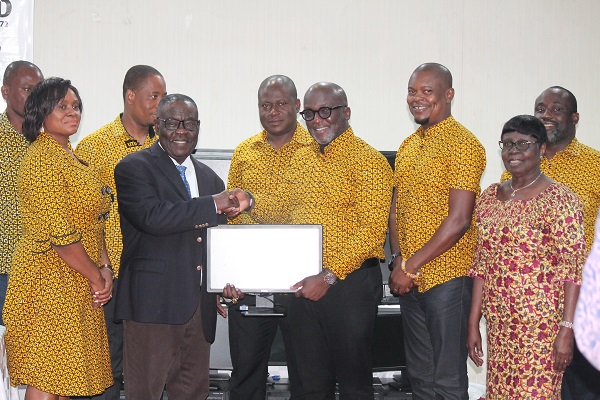 The Universal Merchant Bank (UMB) has donated 30 desktop computers to Mikaddo Holdings Limited for equipping an ICT Centre being constructed for the Suhyen Community in the Eastern Region of Ghana.

The computers were presented to Mikaddo on Friday, August 19, 2022, on the occasion of International Youth Day and to commemorate the 50th anniversary of UMB.

The computers are expected to benefit the youth of Suhyen and neighbouring communities at New Juaben.

Handing over the computers, the CEO of UMB, Nana Dwemoh Benneh said his outfit did not hesitate to support the initiative when it was approached by the Chief Executive Officer of the Mikaddo Holdings Limited, Dr Michael Agyekum Addo.

Mr Benneh added that the support was also in recognition of Dr Addo's dedication to the bank since 2004.

"Nana here has kept faith with UMB since 2004 and we are proud to be bankers to him personally to several of his continuously growing businesses," he said.

"This is why when he approached us of his most noble, kind and visionary idea to build a computer lab for Suhen; we did not hesitate to support. We found Nana’s gesture even more critically useful as it is focused on empowering the youth. This resonates with the theme for the 2022 International Youth Day, celebrated last week which is 'Intergenerational Solidarity: creating a world for all ages'". 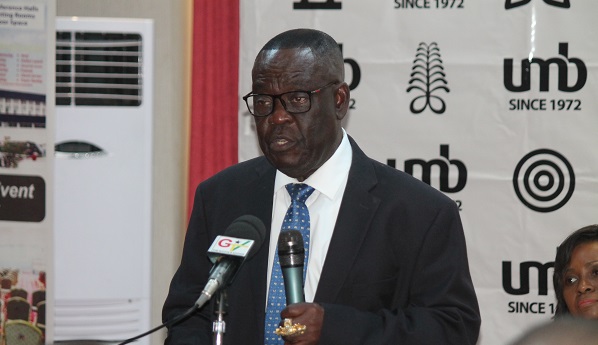 Receiving the computers, Dr Addo said the Centre which is expected to be commissioned next month will provide the youth of Suhyen with the skills required to participate in the technological revolution.

Urging other corporate bodies to donate to the project, he said the facility when completed will have the capacity to seat 40 persons.

"It is heartwarming that UMB buys into the vision of Mikaddo of being part of the Technological Revolution of the 21st Century. Great authorities are even contemplating that this revolution will be more powerful than the industrial revolution of the 20th Century," Dr Addo said.

"Wishing that Ghanaian youth to embrace this Technological Revolution, in effect the entrepreneurial Revolution my people are being brought in the boat of entrepreneurship and prosperity through the ICT Centre".