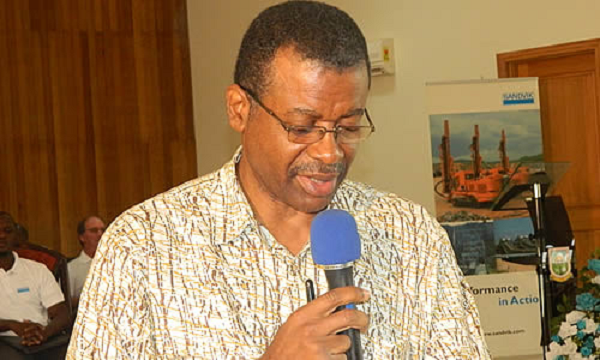 University of Mines and Technology (UMaT) graduates have become very competitive, giving them the edge in the academic programmes they engage in with peers from other institutions of higher learning, the Vice Chancellor of the university, Prof. Kuma has stated.

He indicated that as a specialised institution that trained engineers, UMaT’s programmes were designed to ensure that graduates received both theory and practical training.

Outlining some of the achievements, he said UMaT was adjudged the best oil and gas tertiary institution in December, 2015, at the second Oil and Gas Ghana Awards.

“UMaT students won the National Petro Quiz competition organised by the Society of Petroleum Engineers in February, 2016,” he added.

Prof. Kuma, therefore, lauded the government for supporting the university to become a centre of excellence and also gave an assurance that UMaT would continue to provide quality education at the tertiary level.

He was speaking at the eighth congregation of the university at Tarkwa in the Western Region.

The Australian High Commissioner in Ghana, Mr Gerhard Bruegger, was also honoured for supporting the university in the area of capacity development through the award of scholarships.

According to the vice chancellor, the training by the university offered graduates hands-on skills to prepare them adequately for the world of work.

He also highlighted some of the achievements of the university during the year under review and indicated that UMaT had won many awards because of the quality of the programmes of study which continued to improve every year.

The Minister of Petroleum, Mr Emmanuel Armah-Kofi Buah, commended the management of the university for their effort in ensuring academic excellence.

He said “there is no doubt that UMaT is strategically placed within the national framework for capacity building to provide the needed skills training for Ghanaians in the petroleum sector to fulfil the country’s policy framework for local content and participation in petroleum-related activities”. Mr Buah also pledged his ministry’s support to the university in the establishment of a School of Petroleum Studies.

For her part, the Minister of Education, Professor Naana Jane Opoku Agyemang, pledged the continuous support of the government in the infrastructural development of the university.

Graduates who excelled in their respective fields of study received various awards.