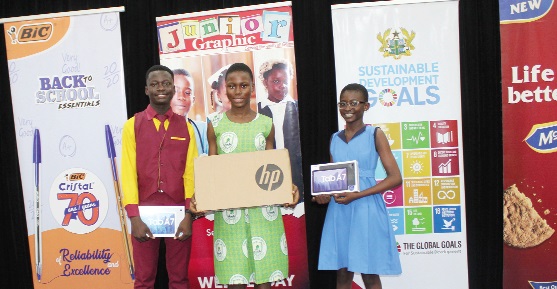 The 2022 edition of the Junior Graphic National Essay Competition has been launched, with the aim of further promoting reading and writing among schoolchildren in primary and junior high schools (JHSs).

This year's competition, which will be the fourth since it was instituted, is on the theme: “Influencing creativity and critical thinking of young people through writing”.

Launching the competition at the head office of the Graphic Communications Group Limited yesterday, the acting Chief Director of the Ministry of Education, Mr Divine Ayidzoe, said the theme for this year's competition was in line with the ministry's vision of Ghana becoming a learning nation.

Mr Ayidzoe, who represented the Minister of Education, Dr Yaw Osei Adutwum, said the ministry was desirous of promoting literacy and numeracy, which are fundamental to making informed decisions in both the local and the global community.

“The government’s priority in education is to make every child literate and have access to basic and secondary education, in line with the Sustainable Development Goal Four (SDG 4) and the Education Strategic Plan, 2018 to 2030,” he said.

He said the ministry was vigorously pursuing the 4-Rs — Reading, wRiting, aRithmetic and cReativity — in all schools across the country as a means of improving the performance and learning outcomes of schoolchildren.

In an address, the Director of Marketing of the GCGL, Mr Franklin Sowa, said this year's competition would help harness the creativity of participants, just as the previous competitions had done.

He intimated that the Junior Graphic competition would give the participants the solid foundation needed to become responsible adults.

The director said over the years, the prizes for winners had improved and promised that this year would be no exception.

“The prizes for the competition keep getting better, and this year, the ultimate winner will be handsomely rewarded,” he assured would-be participants.

The Editor of the Junior Graphic, Ms Kate Baaba Hudson, who announced the modalities for participants, said unlike previous competitions when contestants went through three stages, this year’s would be a two-phase event.

She said the questions would be published in the Junior Graphic in the first week of March, with the guidelines clearly spelt out.

The editor explained that interested participants would be given two months to submit their entries, after which the top 50 would be selected for the final stage.

Based on the performances of the 50, 10 contestants would be selected for awards, she said. 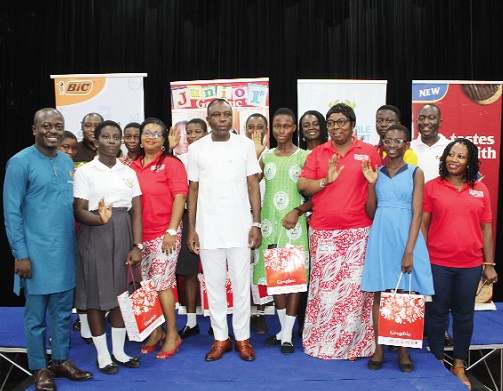 Ms Hudson further explained that interested participants should ensure that they got their copies of the Junior Graphic and attached original coupons to their essays, stressing that those who used photocopies of the coupons would be disqualified.

Also at the launch, the winners of the third edition of the competition held in 2021 were also presented with their prizes, with 13-year-old Evangelyn Ukoma Awa of the Frihans Educational Complex at Asokore, near Koforidua in the Eastern Region, winning the 2021 Junior Graphic National Essay Competition.

For her prize, she received an all-expenses paid trip to the United Nations (UN) Headquarters in New York, USA, a laptop, cash prize of GH¢500 and souvenirs from sponsors.

Her school also received a desk-top computer. It will also receive 50 copies of the Junior Graphic every week for three months free of charge.

Kelvin Appiah Ampretwum, a student of the Fedep International School, and Adjoa Nyameyie Fletcher of the Pere Planque School, both in Cape Coast in the Central Region, came second and third, respectively.

They each received cash prize of GH¢500, a tablet and souvenirs from sponsors.

The competition was held in three phases. The first phase was at the district level; the second phase at the regional and the third and final phase held at the national level.

Those who made it to the final contested for the ultimate prize.

It was held on the theme: “Improve your creativity through reading and writing” and was partnered by the Sustainable Development Goals (SDGs) Secretariat and sponsored by BiC, IPMC and McVities.