Uber driver arrested in connection with the kidnap of 2 Canadians 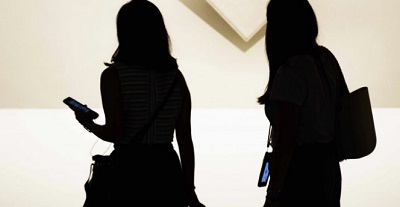 An Uber driver has been arrested in connection with the kidnapping of two Canadian women in Kumasi.

According to eyewitnesses, the pair (names withheld) were returning to their hostel at Ahodwo, a suburb of the Ashanti regional capital, Kumasi on Tuesday when they were pushed into a car by some unidentified men.

They are said to be volunteers with Youth Challenge International, an NGO.

Meanwhile, the Ghana Police Service has confirmed the kidnapping and advised media houses to be highly circumspect in the discussion of the incident.

A statement signed by ACP David Eklu, said the two victims are aged 19 and 20 years.

"Investigation started immediately upon receipt of complaint and the security agencies are working closely together to get the rescued and the perpetrators arrested. The general public is urged to assist the Police by volunteering information to complement the effort of the security agencies," the statement said.

"Due to the nature of the case, the Police is entreating Journalists, media discussants and all persons to be highly circumspect in the discussion of this matter in the media without first cross-checking from official Police sources.

"Anyone with information on the whereabouts of the suspects and the victims can contact the following hotlines Toll free lines 18555 or 191 (All networks) or 0299202240 Including all Police of official social media handles Facebook GhPoliceService and Twitter- @ Gh Police Service.

"Any further media enquiries should be directed to the Ashanti Regional Police Public Affairs Officer, Assistant Superintendent of Police, Godwin Ahanyo on 0244288019". 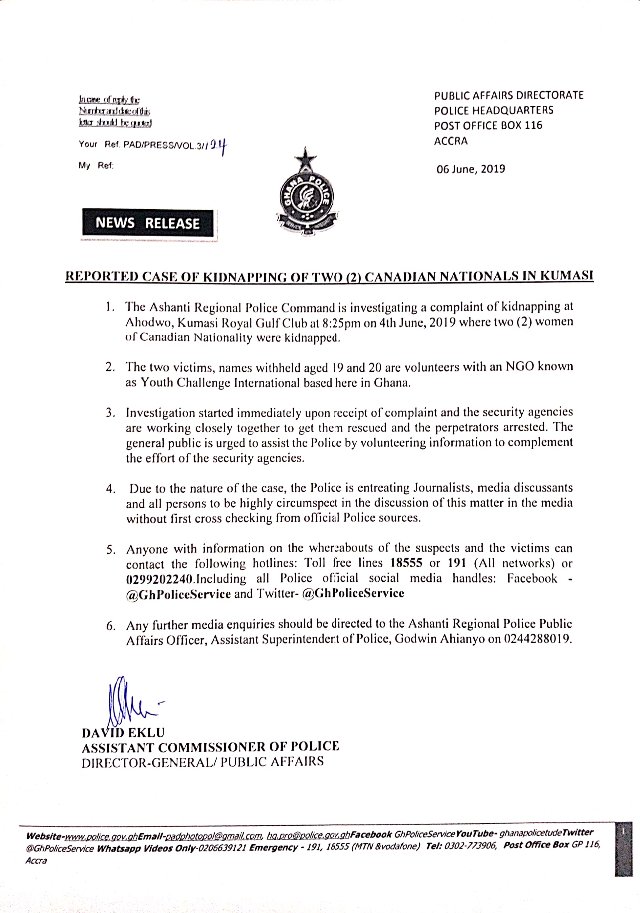