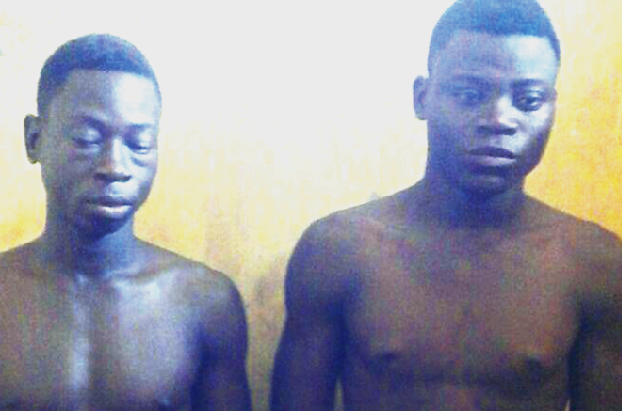 The Damongo Police in the West Gonja District in the Northern Region have arrested two persons for allegedly assaulting some nurses at the Damongo District Hospital.

The action of the two suspects — Imoro Abdul Razak, 21, and Alhassan Rashid, 20 — both unemployed, led to the closure of the Damongo Hospital last Monday in protest against the assault.

The officer in charge of the Damongo Police Station, Chief Inspector Daniel Adu Gyamfi, told the Daily Graphic on Wednesday that Razak and Rashid were arrested at their hideout around 11 p.m. that Monday.

He said the two would be processed for court today, August 17, 2016 on charges of stealing and assault of the nurses.

He said the two had earlier been arrested for stealing a motorbike from the hospital but they were granted bail, after which they went to the hospital to assault the nurses.

As of the time of filing this report, the hospital remained closed, with the nurses engaged in a meeting with the leadership of the Damongo branch of the Ghana Registered Nurses and Midwives Association.

She could not indicate how soon they would return to work, saying: “As I speak with you now, the nurses and their leadership are in a meeting and so let’s hope they back down on their decision and resume work.”

The Daily Graphic, in its August 16, 2016 edition, reported that healthcare services at the Damongo District Hospital came to a halt last Monday following a decision by health workers at the facility to lay down their tools.

The action was in protest against an attack on some health workers by some residents of the area.

Patients who went to the facility for medical services had to go back home or elsewhere.