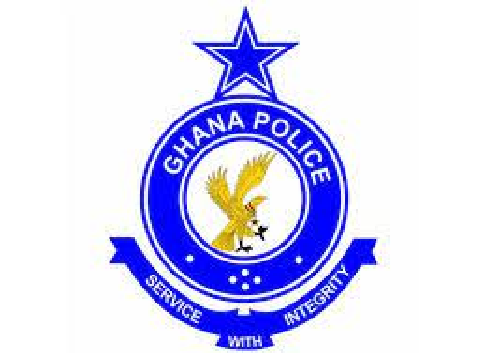 The Ashanti Regional Police Anti-Robbery Squad has arrested one and shot two others following a robbery incident that occurred on February 21, 2022.

The Anti-Robbery Squad during an intelligence-led operation on March 2, 2022, engaged a group of five robbers who had blocked the road from Abodom - Koniyaw, near Bekwai with wooden logs to rob some market women.

In a statement signed and released on March 2, 2022, by Director-General of public affairs of the police, DCOP Kwesi Ofori, the process of Police engagement with the robbers, led to the shooting of two and the arrest of one. The two others who managed to escape sustained gunshot wounds and are currently being pursued.

The service further urges residents of the surrounding communities and medical facilities to be on the lookout for suspicious persons and inform the police for further action.

According to the statement, "preliminary investigations establish that this gang of robbers on Monday, February 21, 2022, had blocked the road at Anwiankwanta and robbed passengers on board a Takoradi- Kumasi bound VIP bus. After subjecting the passengers to the harrowing experience, the robbers were reported to have then called on their victims to remember them in their prayers". 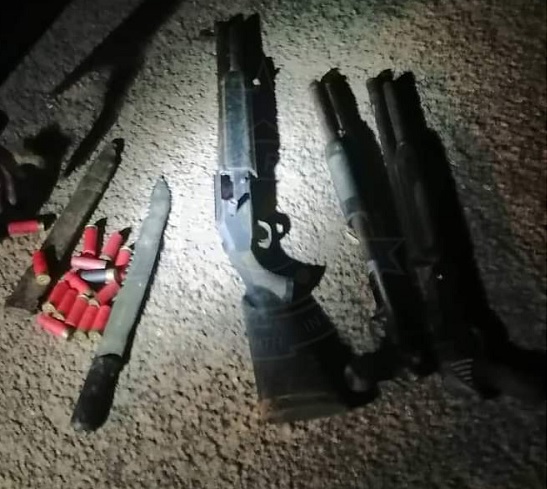 Read the press statement below: 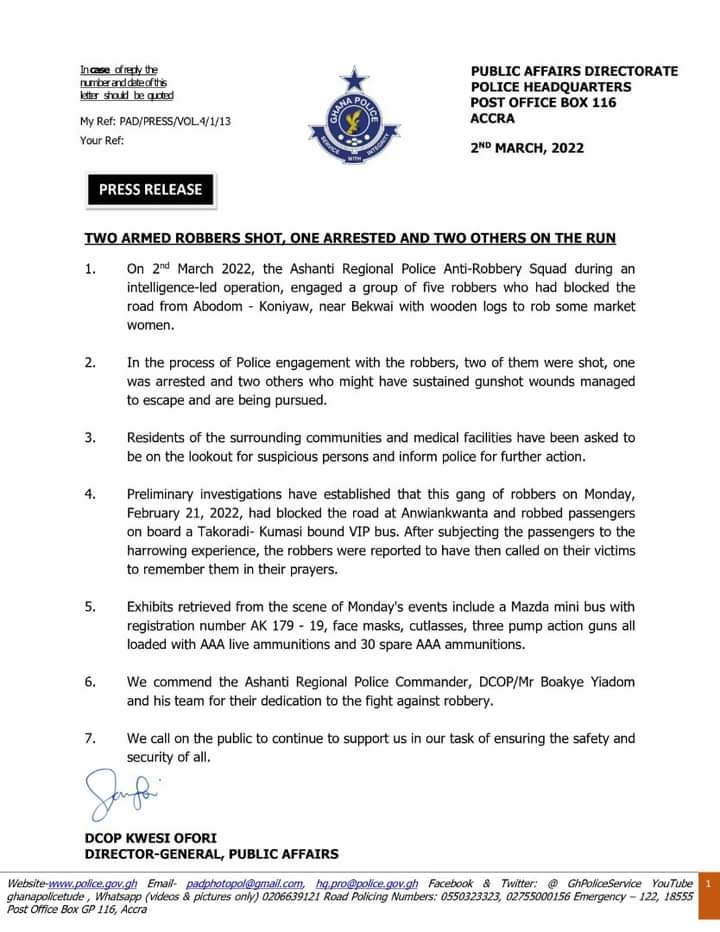