Alex Mould, Gavivina to pay GH¢5m in one week if former MASLOC boss fails to show up in court 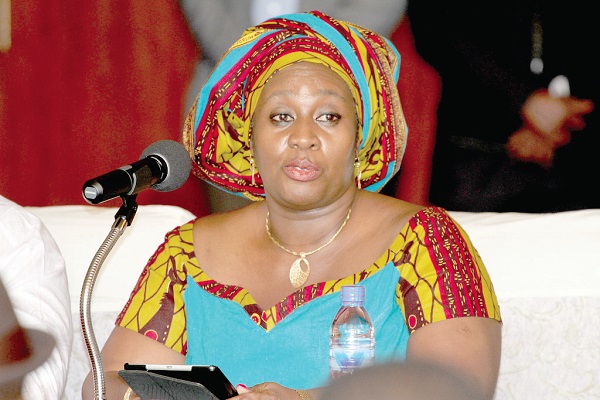 The Accra High Court hearing the case in which a former boss of the Microfinance and Small Loans Centre (MASLOC) has been accused of causing financial loss of GH¢90 million to the state has given the two sureties who secured her bail bond one more week to produce the accused.

Failure to produce Sedina Tamakloe Attionu, who has been absent from court for two legal years, will result in the court slapping the two sureties — Alex Mould, a former Chief Executive Officer (CEO) of the Ghana National Petroleum Corporation (GNPC), and Gavivina Tamakloe with GH¢5 million bail sum.

In Court last Tuesday, lawyers of the accused and sureties filed medical documents pending the ruling of the court on whether or not to try the accused person in absentia.

However, the presiding judge, Justice Afia Serwah Asare-Botwe, was of the view that the document, which originated from a different country had not been authenticated by a notary public.

She, therefore, adjourned the case to January 24, 2023 for the lawyers to notarise the document.

Counsel for the accused (Sedinam Tamakloe), Agbesi Dzakpasu, and Dr Aziz Basit Bamba for second surety prayed for an adjournment but the prosecution led by Stella Ohene Appiah, a Principal State Attorney, opposed the request and questioned its authenticity.

Justice Asare-Botwe, after listening to the parties, adjourned the case to January 24 for the lawyers to authenticate the document.

Mrs Tamakloe Ationu has been absent from court for the last two legal years since 2021.

The two sureties who executed the GH¢5m bail conditions for the former CEO of the Microfinance and Small Loans Centre (MASLOC) were first ordered to produce the accused on December 22, 2022.

The court had held that the former MASLOC boss had “absconded,” and extended the period to January 17.

With the new adjournment, the court is expected to consider the application for trial in absentia if the accused fails to show up.

Mrs Attionu is on trial with Daniel Axim, a former Operations Manager of MASLOC, on 78 counts of wilfully causing financial loss to the state, stealing, contravention of the public procurement act, among other charges.

The prosecution has accused Mrs Attionu of engaging in some illegalities leading to the alleged stealing and financial loss.

For instance, it has accused Mrs Attionu of embezzling GH¢500,000 that was paid by a company which benefitted from MASLOC support in 2014.

It is also the case of the prosecution that in 2013 following a fire disaster at the Kantamanto Market, then President John Mahama directed MASLOC to provide assistance of GH¢1.46 million to victims of the disaster but Mrs Attionu embezzled part of the money.