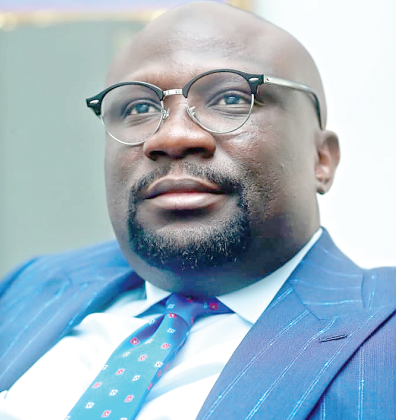 "As the company responsible for the feeding component of the free SHS policy, we had positioned ourselves long before the announcement by the President of the resumption of schools in January 2021,” the Chief Executive Officer (CEO) of NAFCO, Alhaji Abdul-Wahab Hanan, told the Daily Graphic in an interview in Accra last Tuesday.

Commenting on the readiness and the capacity of the company to feed the students, who will resume school from Friday, January 15, 2021, he said the company did not anticipate any challenges in the feeding of students in the schools because all the food items had been procured and kept in various government warehouses, waiting to be supplied to the respective schools.

Alhaji Hanan explained that the company was renewing the licences of the individual suppliers of various food items to their assigned schools across the country.

He said so far about 750 licensed suppliers, most of whom were bulk suppliers, were having their licences renewed, and explained that some of them were already going on with the supplies “because they are already in the system and what we are doing is just paper work”.

He said even as the food items were being sent to the various schools, NAFCO was already looking ahead to supplying the schools for the second semester.

He explained that already the company had contracted the licensed-buying companies which were buying foodstuffs into warehouses for suppliers to distribute them to the schools.

Alhaji Hanan dispelled rumours about the shortage of maize in the country, insisting that the company had secured enough maize and other cereals to feed the students and so parents should rest assured.

"Anytime there is a complaint concerning such an important food item, the good people of Ghana should rest assured that quantities of that food item meant for government business are secured,” he said.

The CEO said maize could be in short supply in the country, which he described as good news for farmers, but explained that the company had secured enough food items, including maize, and had ring-fenced what would be going to the schools "because feeding is very important and our students must be well-fed in school".

He said he was happy for the farmers "because the primary objective of the Planting for Food and Jobs initiative was to guarantee farmers a market, whether local or foreign, and so if farmers are not complaining of post-harvest losses resulting from the lack of market for their produce, then it is good for us".

Touching on food items that could not be exhausted last year because of the outbreak of the COVID-19 pandemic, the NAFCO boss explained that items that were nearing expiry were recalled from the schools, while the remaining were consumed by final-year and second-year students who were earlier recalled to school to either write their terminal examination or complete the academic calendar.

Alhaji Hanan explained that the food items recalled were also donated to some of the prisons in the country.