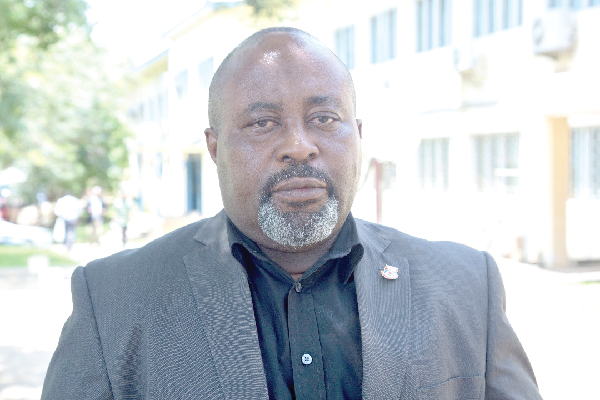 Tertiary institutions in the country have started the process to admit fresh students for the 2020-2021 academic year.

Adjusting to the disruptions caused to the academic year by COVID-19, many of the institutions have extended their application deadline from June-July to the end of September to provide windows of opportunity for applicants who missed out initially.

In separate interviews with the Daily Graphic, the institutions said all the necessary arrangements had been put in place to begin the admissions process.

However, for the COVID-19 pandemic, the 2020-2021 academic year would have begun for most of the institutions by now but reopening has been put on hold as schools remain closed as the government’s intervention to halt the spread of the virus.

The situation has compelled most institutions to complete the 2019-2020 academic year with online lectures and examinations while special dispensation was also given to some group of final-year students to report to school to complete their programmes towards graduation.

The University Relations Officer of the KNUST, Dr Daniel Norris Bekoe, said: "Admissions are ongoing for both postgraduate and undergraduate students and we have even extended the deadline to September 30, 2020, because of the uncertainty in the country as a result of the COVID-19.

"In fact, for those who are writing the WASSCE, we told them long ago that they could apply with only their index numbers. When the results are out, we would pick the details from the West Africa Examinations Council (WAEC) and then consider and offer admission," he said.

Asked whether or not the fresh students would study online as was happening in other institutions, he said: “This would depend on the decision of the government regarding the holding of academic activities by universities in the country.

"However, we have the best infrastructure in terms of online learning in this country, and successfully held academic activities online when others had not started.

“It will, therefore, pose no problem if we have to go online, the challenge will be for some of the students who may have challenges with the Internet," Dr Bekoe indicated.

The Director of Public Affairs of the UCC, Major Kofi Baah-Bentum (retd), said the admissions were also ongoing for the commencement of the 2020-2021 academic year.

The UCC, he said, advertised long ago for prospective students to apply for admissions, and that most of them had responded.

When asked about the mode of learning that would take place, he said "as to how we are going to teach, that decision has not been taken yet as far as I know."

The PRO of the Accra Technical University, Ms Fausta Ganah, told the Daily Graphic that the university had already started issuing admission letters which indicate that reopening is October, 2020 and the deadline for applications had been extended to the end of August.

She indicated that it was also possible the deadline would be extended further to the following months.

"Reopening is October and we’re preparing for reopening, and with deadline for applications extended to the end of August, interested applicants could still apply," Ms Ganah explained.

The Public Relations Officer of the University of Education, Winneba, Mr Ernest Azutigah, said the university had extended the deadline to which people could apply for admissions.

According to him, the deadline was extended from July 31 to August 31 as a result of COVID-19.

In the meantime, he said admission letters that had been received were being processed.

Asked how teaching was going to be done, he said the university was considering both face-to-face and online teaching, and that two of the three credit hours would be used for online and then the remaining one, used for face-to-face.

Mr Azutigah said all the safety protocols regarding COVID-19 were being put in place to ensure safety on the campus.