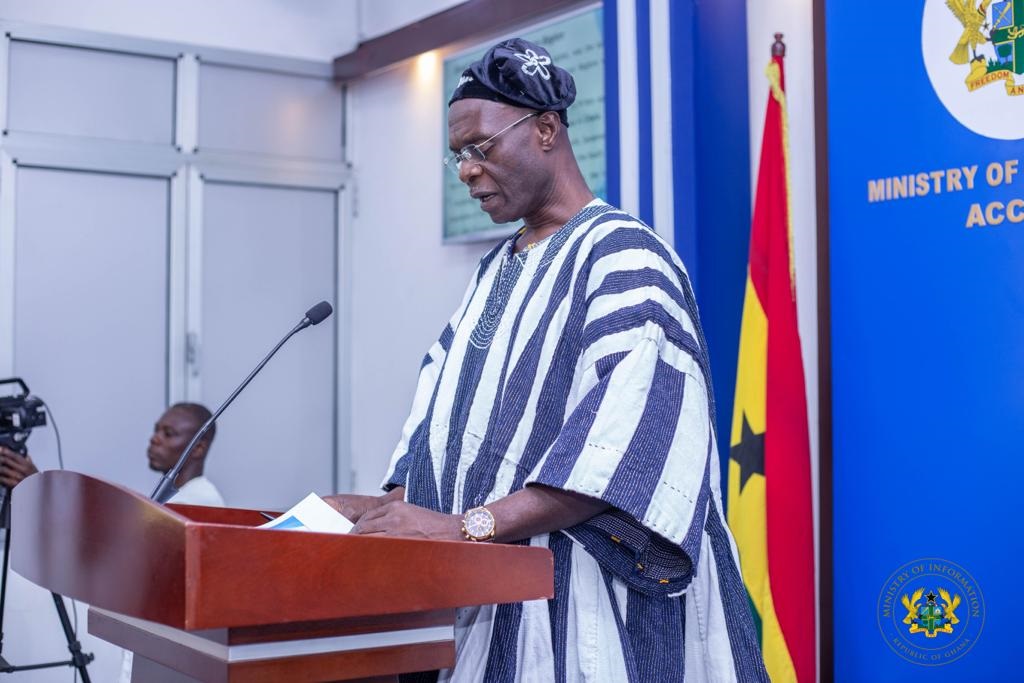 The Tamale Airport Development Phase II Project has been completed and is awaiting inauguration by the President this year.

The airport also has a 350-capacity car park, a technical area, which includes a reservoir for potable water and firefighting, a sewage treatment plant, among other facilities.

The Northern Regional Minister, Alhaji Shani Alhassan Shaibu, who disclosed this at the Ministry of Information press briefing in Accra yesterday, added that the terminal was designed for a passenger throughput of 400,000 annually.

“The economic importance of the airport to the region cannot be overemphasised; suffice it to say that there is serious potential for investment in a maintenance, repair and operation (MRO) facility in the future for the West African sub-region.

“It could be a major hub for air cargo for the exportation of agricultural produce,” he said, adding: “It is on record that the airport can boast of the best tarmac in the country.”

According Alhaji Shaibu, a third phase of the airport project would include the expansion of the terminal, the car park and other auxiliary facilities.

The Northern region, with Tamale as its capital, was the largest region in the country until the Savannah and the North East regions were carved out of it.

It has a total land area of about 26,911 kilometre square, making it the second largest region in terms of land mass.

Alhaji Shaibu said out of the 16 metropolitan, municipal and district assemblies (MMDAs) in the region, eight — Sagnarigu, Savelugu, Nanton, Saboba, Mion, Kpandai, Nanumba South and Kumbungu — were benefitting from the Agenda 111 projects, including a psychiatric hospital which would be constructed in Tamale.

“I am happy to announce that work on all eight projects are progressing steadily and when completed, access to good health facilities and the well-being of our people will be very much improved,” he said.

The minister also said 82 of the 118 other projects being executed by the MMDAs in the health sector had been completed and were in use.

Alhaji Shaibu further said there were a total of 353.79 kilometres of road projects being undertaken by the Ghana Highway Authority, with about 60 per cent of the projects at major stages of completion.

“A total of 45km of roads have had asphalt overlay in Tamale, with 9km of Yendi town roads also done, while works are ongoing in the other municipal and district assemblies,” he added.

According to him, six factories under the IDIF initiative were functional and had employed more than 1,000 permanent and about 2,000 casual workers.

Alhaji Shaibu also said that under the Infrastructure for Poverty Eradication Programme (IPEP), a total of 311 projects, covering four sectors — small dams, water systems, water closet toilets and prefabricated warehouses — had been carried out across the region.