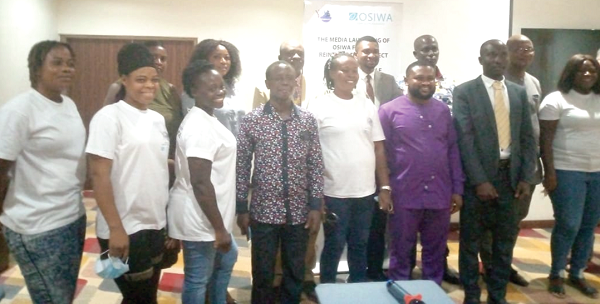 Government and the relevant state agencies have been urged to address the inhumane treatment of domestic workers.

Making the call, Migrant Watch, a human rights advocacy organisation, said domestic workers remained one of the least protected workers due to poor monitoring and implementation of the existing laws.

The call was made during a day's stakeholders’ symposium in Accra on the theme: "International Labour Organisation (ILO) 189 Convention: Responsibilities of recruitment agencies and other stakeholders".

The event is part of a national awareness campaign against irregular migration funded by the Open Society Foundation (OSIWA).

The Head of Finance and Administration at Migrant Watch, Mr Samuel Hackman, said Ghana was a signatory to the ILO Convention 189 "and it was incumbent on the government to domesticate the convention".

He said there were other nationals in Ghana who worked as domestic workers who had to be protected. "We have to enforce regulations locally so we can get other states to do the same to protect Ghanaians who travel to work in such countries," he said.

Mr Hackman explained that the 189 Convention was a treaty adopted by the International Labour Conference attended by the government, workers and employer delegates from 183 member states of the ILO on June 16, 2011.

Under the convention, he said domestic workers were entitled to some basic rights, including the promotion and protection of their human rights, social security, occupational safety and health, remuneration and information on terms and conditions of employment, including hours of work.

On measures to be put in place to tackle the inhumane treatment meted out to domestic workers, he called for the regulation of the operations of private recruitment agencies and putting in place adequate machinery for the investigation of complaints by abused domestic workers.­

In a speech read on his behalf, the Commissioner of the Commission on Human Rights and Administrative Justice (CHRAJ), Mr Joseph Whittal, said the number of Ghanaians who moved to other countries to work was in excess of 500,000 in 2020 as against 50,000 in 2017, according to the World Bank.

He said a human rights watch documented an average of one death per week of women migrant domestic workers in the Middle East, mainly due to suicide and falls from buildings.

An official of the Labour Department of the Ministry of Employment and Labour Relations, Rev. Jones Asante, said the department had registered 464 recruitment agencies, with 384 recruiting for local demand and 80 operators undertaking international recruitment.

The Director of the Department of Social Welfare, Rev. Dr Comfort Asare, in a speech read on her behalf said the department was mandated to lead in the inclusion of marginalised and deprived persons into mainstream society.

A returnee, Ms Florence Agyimentot, told the Daily Graphic about her ordeal while she worked for two years in Saudi Arabia as a domestic worker.

She said her employer was not paying her while she was made to overwork and subjected to verbal abuse daily.

Ms Agyimentot said her passport was taken from her by her employer and when she wanted to return, her employer defaced the passport to make it difficult for her to return to Ghana.